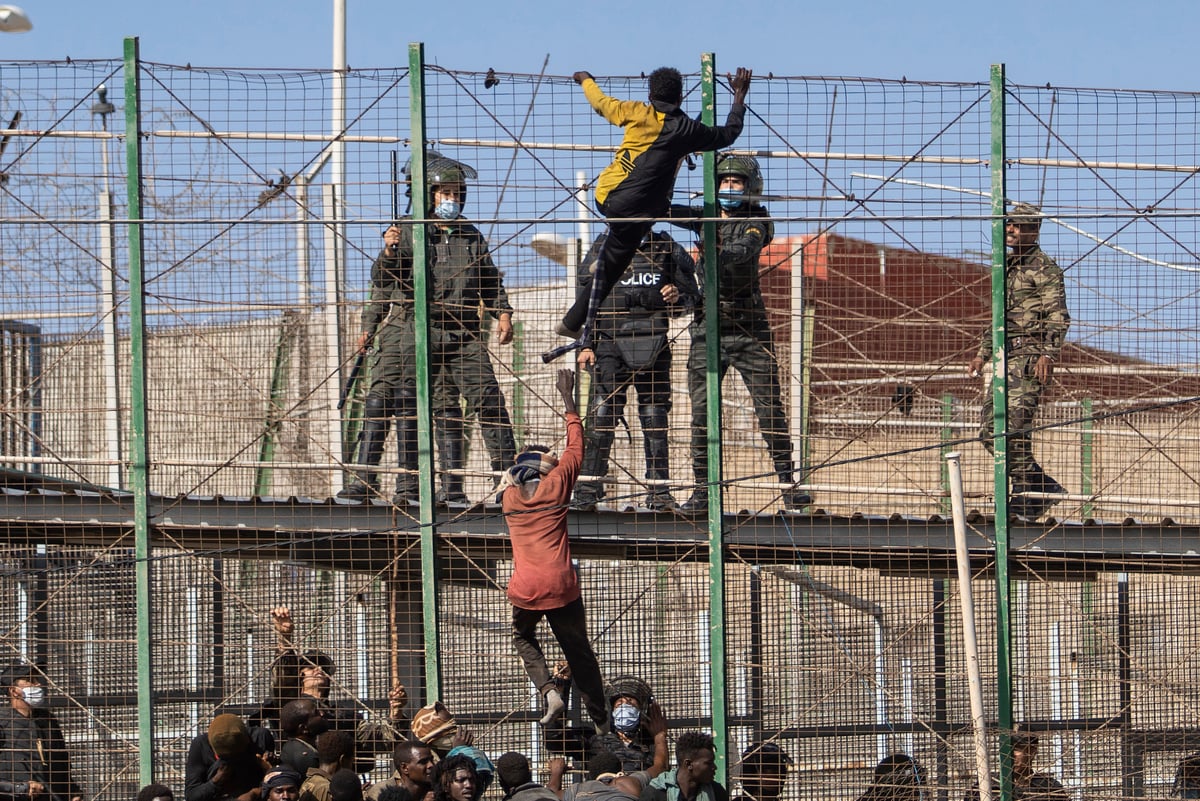 Around 130 migrants have breached the border between Morocco and the Spanish enclave of Melilla on Friday in the first such incursion since the countries mended diplomatic relations last month.

A spokesperson for the Spanish government’s office in Melilla said about 2,000 people attempted to enter the city but many were stopped by the Spanish Civil Guard police and Moroccan forces on the other side of a border fence.

Those who succeeded in crossing went to a local migrant center, where the authorities were evaluating their circumstances.

People fleeing poverty and violence sometimes make mass attempts to reach Melilla and the other Spanish territory on the North African coast, Ceuta, as a springboard to continental Europe.

Spain normally relies on Morocco to keep migrants away from the border.

Over two days at the beginning of March, more than 3,500 people tried to scale the 20ft barrier that surrounds Melilla and nearly 1,000 made it across, according to Spanish authorities.

Friday’s crossings were the first attempt since relations between Spain and Morocco improved in March after a year-long dispute centered on the Western Sahara, a former Spanish colony annexed by Morocco in 1976.

Morocco loosened its controls around Ceuta last year, allowing thousands of migrants to cross into Spain. The move was viewed as a retaliation for Spain’s decision to allow the leader of Western Sahara’s pro-independence movement to be treated for Covid-19 at a Spanish hospital.

Tensions between the two countries began to thaw earlier this year after Spain backed Morocco’s plan to grant more autonomy to Western Sahara, where activists are seeking full independence.