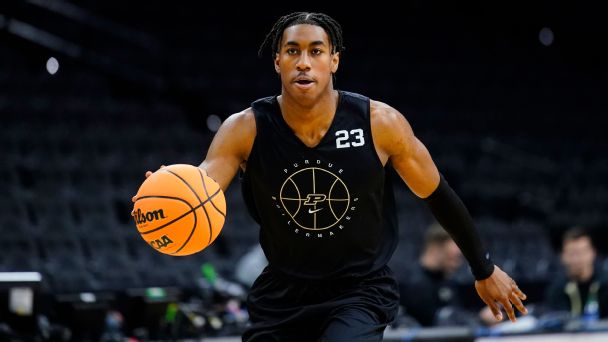 The 2022 NBA draft has nearly arrived, and the speculation is only beginning. There will be plenty of storylines at issue from the outset of Thursday’s event at the Barclays Center in Brooklyn (8 pm ET, ESPN, ABC and ESPN App) – will the Big Three of Auburn’s Jabari Smith, Gonzaga’s Chet Holmgren and Duke’s Paolo Banchero go in the order expected, and to the teams expected? If it’s Smith to the Orlando Magic at No. 1, Holmgren to the Oklahoma City Thunder at No. 2 and Banchero to the Houston Rockets at No. 3, what might that mean for the Sacramento Kings at No. 4? Will the Kings, who must consider the likelihood of their pick signing with the struggling franchise, strike a draft-night deal? If they do, how will the rest of the night’s dominoes fall?

As we consider those questions, ESPN will be tracking every twist and turn until the first name is announced at the Barclays Center podium on Thursday, with this version of the mock draft undergoing any and all necessary alterations up until draft time, based on ESPN’s latest intel and any first- or second-round moves up until that hour: