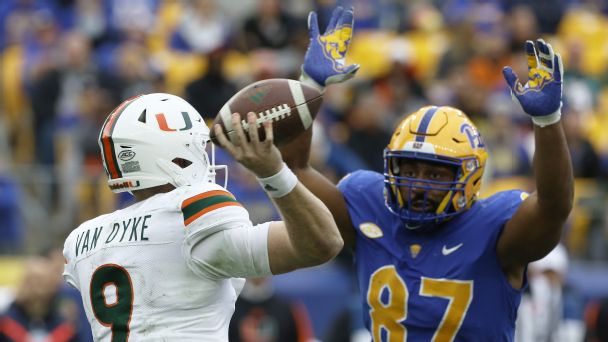 With football conferences now allowed to eschew divisions in the name of a “permanent rivals, heavily rotated schedules and the top two teams in the conference championship game” era, the ultimate parity of the ACC Coastal division could soon be a thing of the past.

Overall, this shift is welcome: The heavy rotations mean big conferences will actually feel like conferences – North Carolina and Wake Forest won’t have to arrange a nonconference game just to see each other again – and putting the two best teams in the conference title game makes a lot of sense for College Football Playoff stakes. Plus, it was always unfair that some programs randomly landed in the Florida State- and Clemson-dominated Atlantic division while peers of similar stature had a chance to win in the less-top-heavy Coastal.

Still, one cannot say that the Coastal has lacked charm. All seven teams won a title between 2013 and 2019, an absolutely perfect display of parity. It’s one of a kind, and hey, it’s not dead yet. Defending champ Pittsburgh is a replacing important piece, Miami remains a mystery, and SP + projects five teams within 1.8 average wins atop the division. Things could get weird once again.

Every week through the offseason, Bill Connelly will preview another division from the Group of 5 and Power 5 exclusively for ESPN +, ultimately including all 131 FBS teams. The previews will include 2021 breakdowns, 2022 previews and burning questions for each team.