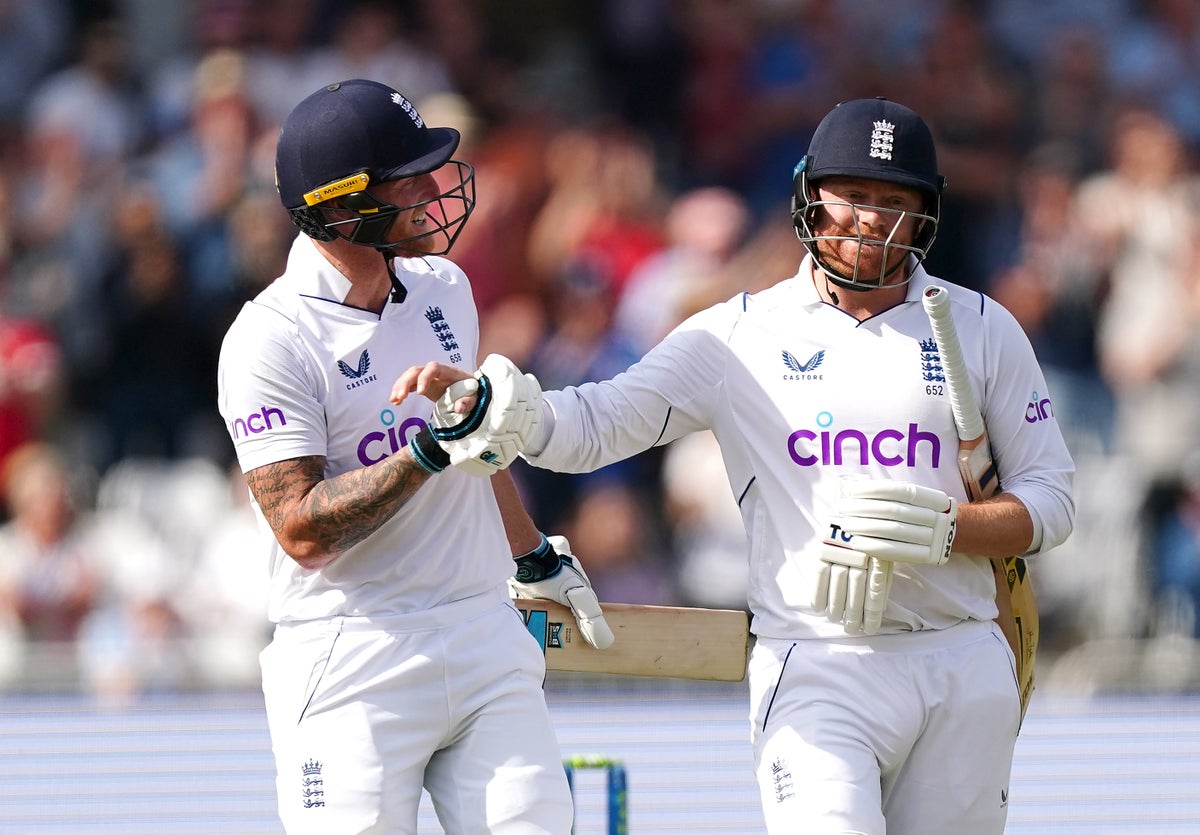 England are celebrating a series win over New Zealand after a stunning run chase at Trent Bridge gave them an unassailable 2-0 lead with one Test to play.

Former skipper Joe Root guided the hosts home at Lord’s with a fine unbeaten hundred to open the summer in style last week before Jonny Bairstow produced one of the best innings of recent memory with a brutal 136 to secure victory in the second Test.

After just one win in their previous 17 matches, it has been a remarkable start to the Ben Stokes and Brendon McCullum era.

Here we look at some of the issues around the newly-triumphant team.

New head coach Brendon McCullum, known to all and sundry as ‘Baz’, has kept a low profile in the media so far, letting his players do the talking for him on and off the pitch. But there is no denying that his philosophy of relaxed minds, aggressive tactics and positive vibes has had an instant impact. McCullum brought the whole of New Zealand cricket on a remarkable ride during his time as captain and, from the way the England side have embraced his ethos so far, it looks like they are preparing to do the same. The results cannot always be good, but the mindset is unlikely to waver.

Captain Stokes is a hit

Two games is a small sample size, but the early signs around Ben Stokes’ captaincy offer a huge cause for optimism. When Joe Root relinquished the role of some felt the experiences of previous star all-rounders Sir Ian Botham and Andrew Flintoff could be a red flag, and others worried that the busiest player in the side was simply taking on too much. He has made the perfect first impression, though, showing some instinct for man management, filling his team-mates with confidence and batting selflessly for the cause. At the moment, it is hard to find a skeptic left standing.

Fringe players to the fore

It is no real surprise to see the likes of James Anderson, Stuart Broad and Jonny Bairstow step up at times during this series. All of them are proven, pedigree performers at international level. But now intriguing has been the way players with a less established place in the pecking order have grown in just a few short weeks. Alex Lees looks a freer, more expansive player than the blocker who made his debut in the West Indies, Ben Foakes has been sharp with the gloves and found his role in the middle order, while Ollie Pope’s century from number three could go down as a turning point in his inconsistent career. All three would have been uncertain of their places at the start of the summer.

Jack Leach has held his position as a first-choice spinner but, after suffering a concussion at the Lord’s, his performance at Trent Bridge was a moderate one. It seems fair to think the slow bowling situation is a work in progress, with Lancashire leg-spinner Matt Parkinson now part of the equation following his debut as Leach’s replacement in the first Test. Even more intriguing are the talks McCullum has held up with Moeen Ali and Adil Rashid – two players whose red-ball careers looked to be over. Moeen is already open to a comeback, probably in Pakistan this winter, while Rashid could be open to a call too.

Even when the results started tailing off badly at the end of his captaincy, Root maintained an outstanding record with the bat. Any worries that his output might decline following his return to the ranks have been instantly banished, with a match-winning hundred at the Lord’s followed by an imperious 176 this week. They are now back at the top spot in the ICC’s world rankings and, if England want to do the same, they will need their most reliable performer to keep his hot streak going.