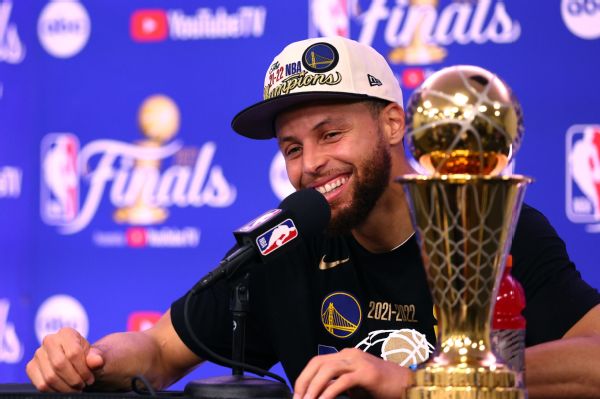 One day after Stephen Curry added the fourth NBA title and first Finals MVP Award to his illustrious résumé, his alma mater, Davidson, announced that the Golden State Warriors star would have his number retired by the school at an August ceremony.

Davidson athletic director Chris Clunie said Friday that Curry’s No. 30 would be the first retired by the school during an Aug. 31 ceremonies.

As part of the celebration, Curry will be inducted into the Davidson Athletics Hall of Fame and will receive his bachelor’s degree. Curry completed his Bachelor of Arts with a major in sociology in May but could not attend the commencement ceremony during the NBA playoffs.

Graduating was a condition for Curry to be honored, as Davidson retires only the numbers and jerseys of players who complete their degrees. Davidson has previously retired the jerseys of six men’s basketball players, but Curry’s 30 will be the first number to never be worn again at the school.

Curry attended the North Carolina school from 2006 to 2009 and is arguably the best player in Davidson history. He is the school’s all-time leader in points, 3-pointers, free throws, field goals and steals and led the Wildcats to the Elite Eight in 2008 during a breakout NCAA tournament run.

On Thursday, Curry was unanimously named the Bill Russell NBA Finals MVP after his Warriors defeated the Boston Celtics 103-90 for a 4-2 series win.