Will the Uruguayan gel into Klopp’s system or will he be the first purchase of the Liverpool manager’s attacking rebuild?

With Darwin Nunez officially sporting the colors of Liverpool after his £ 64 million pound transfer from Portuguese powerhouses Benfica went through 2 days ago, the Liverpool faithful will be keenly awaiting the debut of the 22-year-old. However, it may not be as part of Jurgen Klopp’s traditional front 3. With the expected departure of Anfield legend Sadio Mane to Bayern Munich, Klopp went looking for a suitable replacement and didn’t have to look far to find it in Nunez, who scored 2 goals against Liverpool in the group stages of this last Champions League campaign. Identified as a top target for bitter rivals Manchester United, Klopp wanted Nunez as soon as possible and Liverpool would pay £ 64 million to ensure this was the case. And whilst the 22-year-old exploded into life this season with 34 goals in 41 games, his arrival does pose a question at Anfield.

With Sadio Mane’s departure still being negotiated, Roberto Firmino’s contract expiring at the end of the 2022/23 season with no contract extension in sight, and Mohamed Salah wanting more money for a contract extension than Liverpool are willing to put up, it would be fair to say that Liverpool’s most iconic front 3, which, since its creation in 2017, has led the club to the success of the UEFA Champions League finals in 2018/19, winning the latter along with a Premier League trophy, 1 UEFA Super Cup, 1 The FIFA World Club Cup and most recently, the League Cup and FA Cup double, will come to an end by the end of the upcoming Premier League season. And whilst some people may dismiss any speculation surrounding a switch in Liverpool’s playstyle, the arrival of Nunez could be the final key in this transition.

Nunez is a physical specimen rarely seen in top-flight football, being 6’1 and absolutely dominant in the air, as well as being able to beat now defenders in a footrace. This combination of speed, size and strength is something we haven’t seen in the Premier League since the days of Didier Drogba and Fernando Torres. In fact, the only possible comparison to Nunez in the PL is the newly-acquired striker for Man City, Erling Braut Haaland. 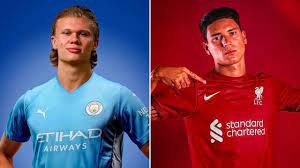 Having arrived for similar prices at the Premier League’s 2 most successful clubs over the last 5 years and playing the same position with the same attributes, it makes for a very entertaining rivalry to take place over the coming seasons. And with Haaland arriving at City, Guardiola will adapt his team to accommodate him, which means switching from his usual CF to an ST, something Guardiola hasn’t really utilized during his tenure at the Premier League champions. But he wants to put Haaland in a system which will suit him the best in return for goals, wins and trophies. The idea would not be lost on Jurgen Klopp to attempt the same with the hopes of maximizing Nunez’s ability. He already has 2 of the best attacking fullbacks in the world in Andrew Robertson and Trent Alexander-Arnold. The latter will be a key figure in providing Nunez service with his exceptional crossing ability and his ability to pick out anybody at a moment’s notice.

A formation like 343 could be perfect for Liverpool and Nunez going forward, with the fullbacks playing more like midfielders and being more involved in the attack, as well as being able to run a back 3 to cover for their forward movement. A 442 with Nunez as a target man would force many attacks through him as well as allow Klopp to create a partnership between Darwin and Diego Jota, another forward at Liverpool with excellent aerial ability. Or Klopp could do what was expected and keep his standard 433, using Nunez as he used Sadio Mane, to either drive from wide at LW or to drive through the middle at ST. This could also allow for a reunion with former rival and now-teammate, Luis Diaz, who had an exceptional debut season at Liverpool. We could very well see a new iconic front 3 to be created in the form of Jota-Nunez-Diaz, with all 3 being able to switch positions at a moment’s notice and offer something different in all 3 positions.

The likely possibility of Sadio Mane leaving put a dampener on a good double-season for Liverpool. He has been a mainstay in our team for 5 years and has been up there with the very best in the world for more than half of those years. He was celebrated at the club and will continue to be celebrated at the club, regardless of his choice to either leave or stay. But that is now. Darwin Nunez is the future. His arrival in the Premier League alongside Erling Haaland is one of the most-awaited transfers to Liverpool since the arrivals of Virgil van Dijk and Alisson Becker. He brings about a new age at Liverpool. Whether that age will be accompanied by trophies and awards is yet to be proven. Whether Klopp decides to switch up his team to accompany him and get the best out of his is still to be proven. But his addition to Liverpool, a team lauded for legendary forwards such as Ian Rush, John Barnes, Fernando Torres, Luis Suarez and Mohamed Salah, will shake things up for the new 2022-23 season. How that comes about, we can only wait and see. 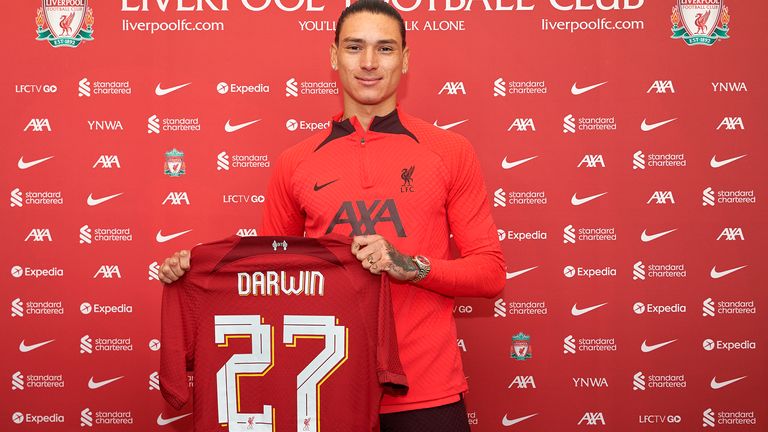