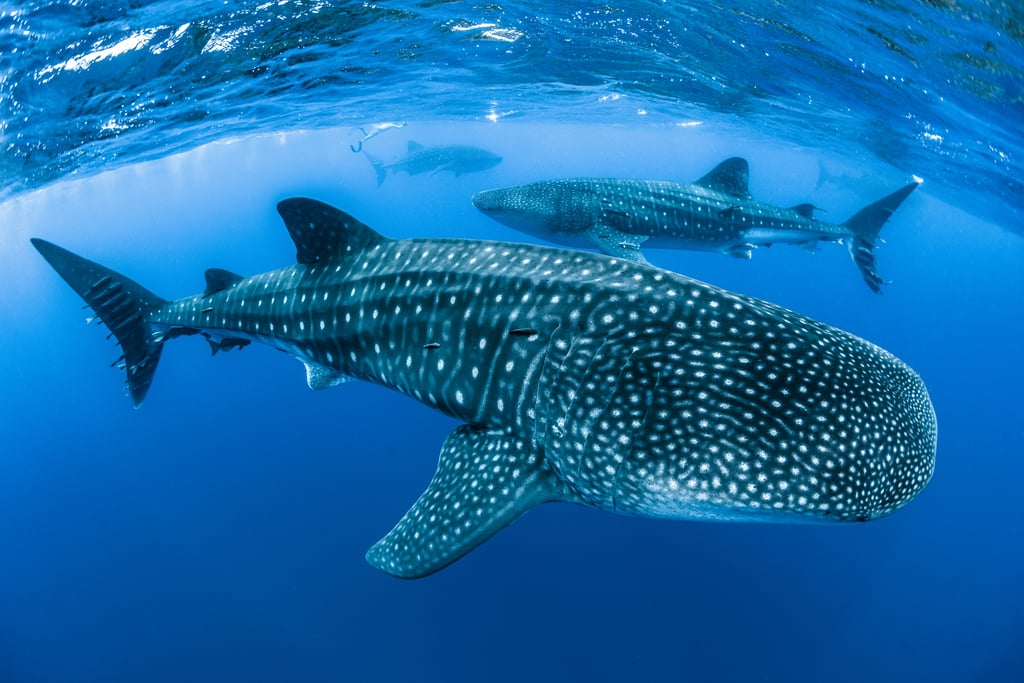 The number of times large ships hit whale sharks with fatal consequences is hugely underestimated, and could be the reason why populations are falling, new research suggests.

Whale shark numbers have been falling in recent years across many locations, but it has not been clear why.

Because the endangered animals spend a lot of time in surface waters and gather in coastal regions, experts have suggested being hit by ships could be causing substantial whale shark deaths.

But there was previously no way of monitoring this threat.

University of Southampton PhD researcher Freya Womersley, who led the study as part of the Global Shark Movement Project, said: “The maritime shipping industry that allows us to source a variety of everyday products from all over the world, may be causing the decline of whale sharks, which are a hugely important species in our oceans. ”

Led by marine biologists from the Marine Biological Association (MBA) and the University of Southampton, the groundbreaking study tracked the movements of both whale sharks and ships across the world to identify areas of risk and possible collisions.

Satellite tracked movement data from nearly 350 whale sharks was submitted to the Global Shark Movement Project, led by researchers from the MBA.

Researchers mapped shark hotspots that overlapped with global fleets of cargo, tanker, passenger and fishing vessels – the types of large ships capable of striking and killing the ocean giants, which can grow up to 20 meters long.

They found that more than 90% of whale shark movements fell under the footprint of shipping activity.

According to the study, whale shark tag transmissions were ending more often in busy shipping lanes than expected, even when technical failures were ruled out.

The researchers from 50 international research institutions and universities concluded that loss of transmission was likely due to whale sharks being struck, killed and sinking to the ocean floor.

They help to regulate the ocean’s plankton levels and play an important role in the marine food web and healthy ocean ecosystems.

Professor David Sims, a senior research fellow at the MBA and University of Southampton and founder of the Global Shark Movement Project, said: “Incredibly, some of the tags recording depth as well as location showed whale sharks moving into shipping lanes and then sinking slowly to the seafloor hundreds of meters below, which is the ‘smoking gun’ of a lethal ship strike. ‘

“It is sad to think that many deaths of these incredible animals have occurred globally due to ships without us even knowing to take preventive measures,” he added.

At present there are no international regulations to protect whale sharks against being hit by ships. The research team say that this species faces an uncertain future if action is not taken soon.

The findings are published in PNAS.