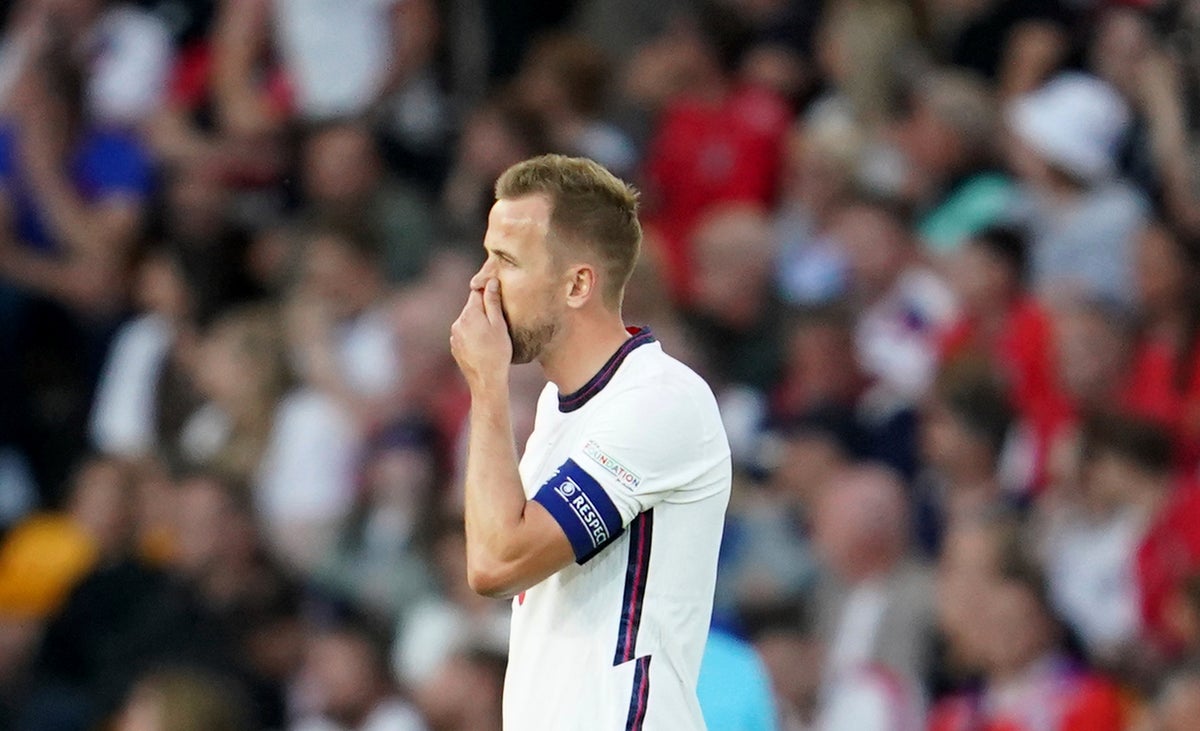 The SC Freiburg winger netted in either half, with Zsolt Nagy and Daniel Rich piling on the misery late on as the Three Lions suffered a disastrous night in front of a furious Molineux crowd, with John Stones sent off as the home side fell apart late on .

Gareth Southgate’s side are now winless in four matches. They have scored just once in those games during the international break – a Harry Kane penalty against Germany.

England remain bottom of the Nations League group and the bigger concern will be a run of such poor performances, with only two matches left, both in September, before England get their World Cup underway in Qatar.

It was a bright enough start from the Three Lions, as Jarrod Bowen saw his header at the back post blocked when they looked set to open the scoring, but it was Hungary who took the lead with just over a quarter of an hour played.

A free-kick was floated into the box, England failed to clear the danger and it dropped for Sallai who fired past Aaron Ramsdale, the goalkeeper getting a significant touch but not enough to keep the ball out.

Another set-piece almost brought another Hungary goal, as Phillips could only flick on a dangerous cross and Reece James had to be alert to head it off the line at the back post.

Willi Orban had his goalkeeper to thank as he almost headed a Bukayo Saka cross into his own goal, while England failed to make the most of a couple of opportunities they did get to break.

Raheem Sterling was introduced at the break and Mason Mount came on early in the second-half, as Southgate turned to two players he trusts the now to try and find a way back into the match.

There was slightly more urgency from England but it was still a lacklustre display and their problems only grew when Sallai got his second of the night with 20 minutes remaining.

It came from Kalvin Phillips failing to control the ball and then making a more attempt at a tackle, as Hungary broke, found Sallai and he poked the ball under Ramsdale to stun Molineux.

The boos following that goal were still ringing out when Stones was harshly sent off, with Harry Maguire then brought on to the widespread jeers as the atmosphere turned toxic.

Rich added another on the break with a delighful dink over Ramsdale, as England go into the summer break shell-shocked.