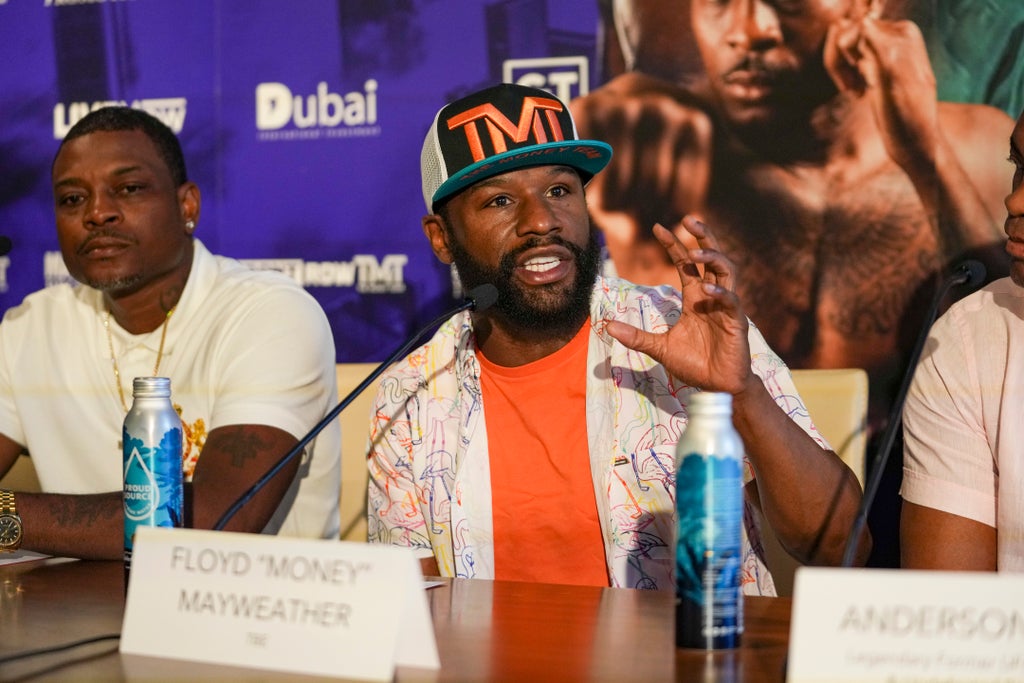 That perhaps downplays the event though, which will take place on the Burj Al Arab Hotel’s helipad on Saturday in front of just 20 spectators.

Those in attendance spent around £ 150,000 on their tickets, which were only available as NFTs, and will be in the unique group watching at 700ft above sea level.

It will be Mayweather’s first exhibition since fighting Logan Paul in Miami last June, in a bout which went the full eight rounds, and he has insisted Saturday’s fight will be far more explosive.

Moore, a former sparring partner of his, is three years younger than Mayweather and last fought professionally in 2016, when he extended his record to 18-0-1.

Where to watch Mayweather vs Moore

TV channel: Mayweather vs Moore is being broadcast on LIVENow, where the card costs £ 19.99, or on FiteTV pay-per-view which costs $ 14.99.

Live stream: Fans who have purchased the card will be able to watch it through the respective apps.