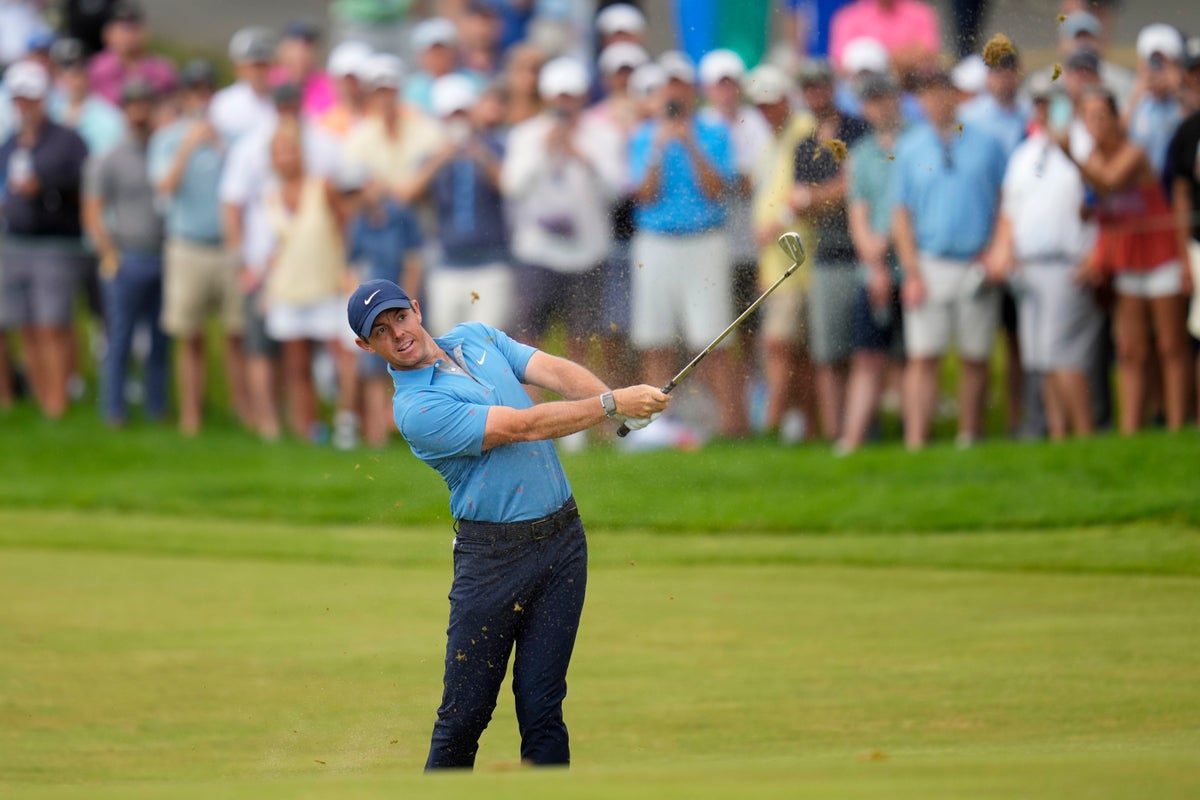 The cream rose to the top on day two of the US Open as a quartet of major champions including Rory McIlroy helped set up a mouth-watering weekend at Brookline.

Open champion Collin Morikawa carded a superb 66 to share the lead with fellow American Joel Dahmen at five under par, with reigning US Open champion Jon Rahm and four-time major winner McIlroy a shot behind.

Masters champion Scottie Scheffler was part of the group another stroke back, with England’s Matt Fitzpatrick three off the pace on two under.

“It’s great,” Rahm said of the stacked leaderboard following his 67. “I think it’s a testament to the health and state of this game.

“It’s fun for all of us because we all want to compete against the best and beat the best, and it’s obviously a lot more fun for people watching.

“I think it’s great for the game of golf that the highest ranked players and the best players are up there, especially in the tournament where truly the best player ends up winning.”

McIlroy had been in danger of falling out of contention when he covered the front nine in 36, the world number three needing three attempts to hack on to the green from thick rough on the third, before holing from 23 feet to salvage a double bogey.

But after dropping a shot on the 10th, McIlroy picked up shots on the 12th, 14th and 17th to remain firmly in the hunt for his fifth major title and first since the 2014 US PGA.

“I think I have to go out with the mindset this week that I’m going to try to win my first again,” McIlroy said after his 69.

“I’m playing as good a golf as I’ve played in a long time. I have a lot of experience. I’m in a good place. I’m really happy with where my game is at, and I think that’s the most important thing. ”

Scheffler was two over after seven holes but then birdied the eighth and 13th, holed out from 55 yards for eagle on the par-five 14th and picked up another shot on the 16th in his bid for an amazing fifth win in 2022.

“I just stayed really patient,” Scheffler said. “I was hitting it good pretty much now of the day. Two silly bogeys early in the round, but outside of that I hit it really good.

“If a few more putts would have fallen in versus (running) around the edge, it would have been a really special day. But three under was a good score for me, especially being two over through six. ”

Fitzpatrick recovered from a hat-trick of bogeys to play his final five holes in two under par as he looks to secure a Brookline double following his US Amateur triumph here in 2013.

“I played really, really well,” said Fitzpatrick, who was fifth in the US PGA last month. “I feel like I’ve left a couple out there, which to say in a US Open is pretty rare, but it’s positive going into the weekend.”

Twenty-five players had recorded scores in the 60s in the first round, equalling the second now in tournament history and just two behind the record of 27 at Pebble Beach in 2019.

But with a blustery wind helping to dry out the course, six-time major winner Nick Faldo predicted conditions would continue to get tougher over the weekend.

“It really is nasty, gusty, blustery, and there are some really tough holes,” Faldo, who lost a play-off to Curtis Strange at the 1988 US Open at Brookline, received after completing commentary duties for American broadcaster CBS.

“To be honest anybody in red numbers will be very happy and in a great spot. It’s just going to get tougher. They could let this course go and it could be really tough. ”

However, with a thunderstorm which threatened to bring stronger winds differing The Country Club, the later starters were able to exploit good conditions to climb the leaderboard.

South African qualifier MJ Daffue had reached six under earlier in the day when he holed from 80 feet on the seventh, only to play his last eight holes in five over.

World number eight Viktor Hovland had just been shot off the lead after two early birdies, but bogeyed six holes in a row around the turn and dropped three more shots on the closing stretch to shoot a dispiriting 77.