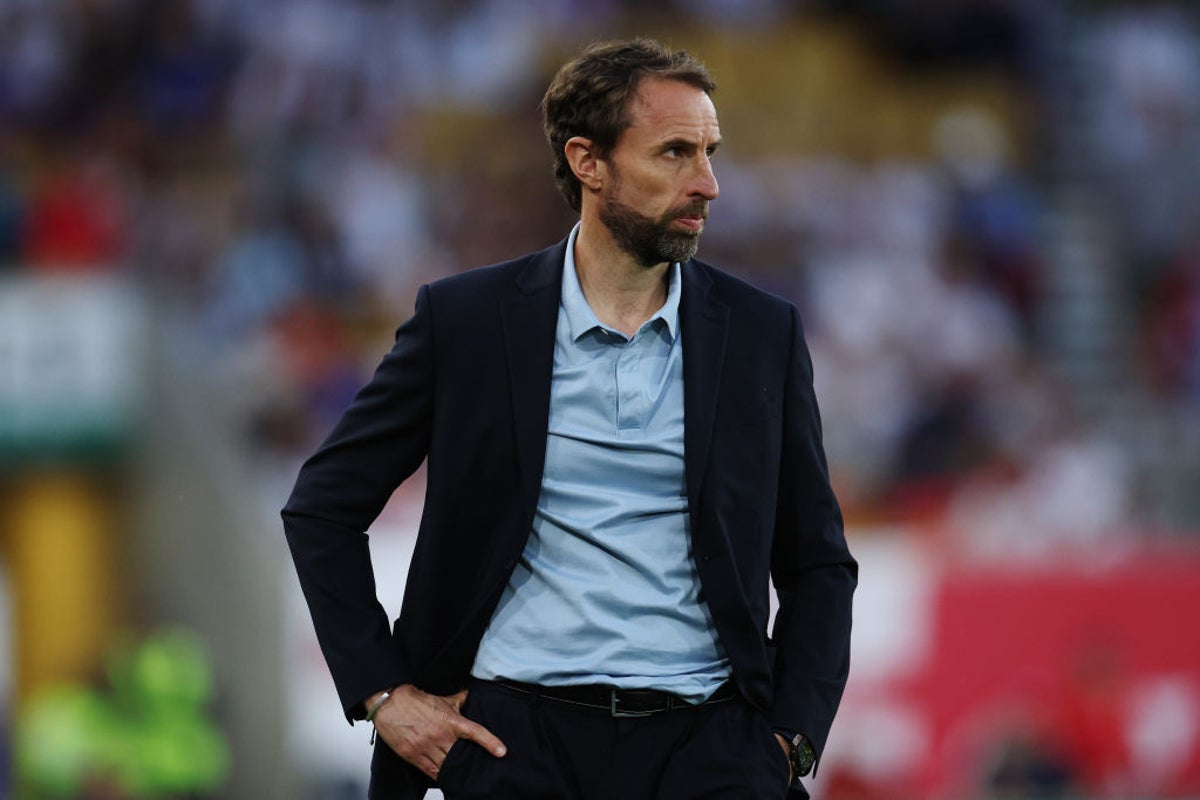 Blame the scheduling of these games at the end of a long, tiring season. Blame the need to experiment for five months and two camps out from a World Cup. Blame what we can now officially call the Channel 4 curse if you want, as well.

There are a lot of reasons why England are at the bottom of their Nations League group and at the threat of relegation, having gone four games without a win for the first time during Gareth Southgate’s spell in charge while also failing to score a goal from open play.

Yet knowing how it’s gone even during the good times, will now blame Southgate himself.

And this time, they will have to shoulder the responsibility. For all the mitigating circumstances that the past fortnight has thrown up, for all the strange goings-on across the competition, this 4-0 defeat to Hungary rounded off a difficult four-game spell with easily the worst, standalone result of the England manager’s five-and-a-half years in charge. Not just that in fact, but also the national team’s worst-ever home defeat to a non-Home Nations opponent.

The fact that Hungary is a good side should not be overlooked and they were certainly superior to the England line-up in front of them at Molineux. This is not the Magical Hungarian with Nandor Hidegkuti redefining the art of center-forward play. His successor, the 6ft3in Adam Szalai, was serenaded by the Sir Jack Hayward Stand as just a sh * t Andy Carroll. But Marco Rossi’s side are better than their 40th-placed world ranking and now sit top of a group containing three major European powers.

This generation of Hungarian players now have their own version of the Match of the Century – the famous 6-3 at Wembley in 1953 – and extraordinarily, by a greater margin.

From the moment Roland Sallai opened the scoring, his first of two, they looked to be on their way to getting some sort of result. Few at that stage thought it would be an historic one, but the four-goal margin was no less than a well-organized, expertly drilled team coached according to a clear, consistent game plan deserved.

In others words, they were everything England were not.

Southgate usually has his side equally well set-up but that has not been the case during this international break. There have been too many fires to fight to regularly run out of one, consistent system.

The England manager wanted to play a back four throughout but had to switch to a three in Budapest due to a number of minor injuries. The need to test fringe players meant second-string line-ups against Italy on Saturday and this evening too. Results have come second to preparation and performances.

To which an obvious response is: what preparation and what performances? England have looked second-best in three of the four games, arguably only matching a weakened Italy.

There have been few positive learnings to take from a string of underwhelming displays and next to no silver lining from this performance especially. If this was supposed to be the longest spell that they would have with the squad to get ready for Qatar, it would be hard to think how it could have gone much worse.

This was another experimental line-up by Southgate that did not lack experience at the international level but experience in general, relatively speaking. Two summers ago, at the time when last year’s European Championship was supposed to be held, England’s entire starting midfield of Kalvin Phillips, Connor Gallagher and Jude Bellingham had only played second-tier football. The same was true of center-half Marc Guehi. Jarrod Bowen was only a low key six months into his top-flight career at West Ham.

None of those given an opportunity to impress took it. After showing promise during his cameo in Munich and on his first start against Italy at the weekend, Bowen especially struggled for an impact. Even the most experienced of that number, Phillips, had a night to forget. The Leeds midfielder’s lowest point came before Hungary’s second, when he was too easily muscled off the ball by Martin Adam, setting up Sallai for his second of the evening.

The absence of more senior figures was felt, especially that of Declan Rice. Though just 23-years-old, he has become an integral part of how England set up and control the middle of the park, especially against sides like Hungary.

Whisper it, but Harry Maguire’s presence might have helped defend the free-kick which led to Sallai’s first. Guehi has had an exceptional season on loan at Crystal Palace but there is still no doubt as to England’s first-choice center-half pairing.

And yet when Maguire was introduced, with the score at a sea 3-0, it was taken by the Molineux crowd as only further evidence that Southgate does not know what he is doing – a claim that they were loudly making at the time.

Much of the criticism of the England manager in recent years has felt over-the-top, as though reaching the semi-finals and final of two major tournaments is somehow not good enough for a nation that has just the one international honor to its name .

Southgate should have a lot more credit in the bank than he does. It would make a result like this – perhaps a circumstance of all those mitigating factors – easier to bear. Instead, the criticism will only grow louder. Knowing Southgate, they will accept it. After a result as bad as this, he has to.