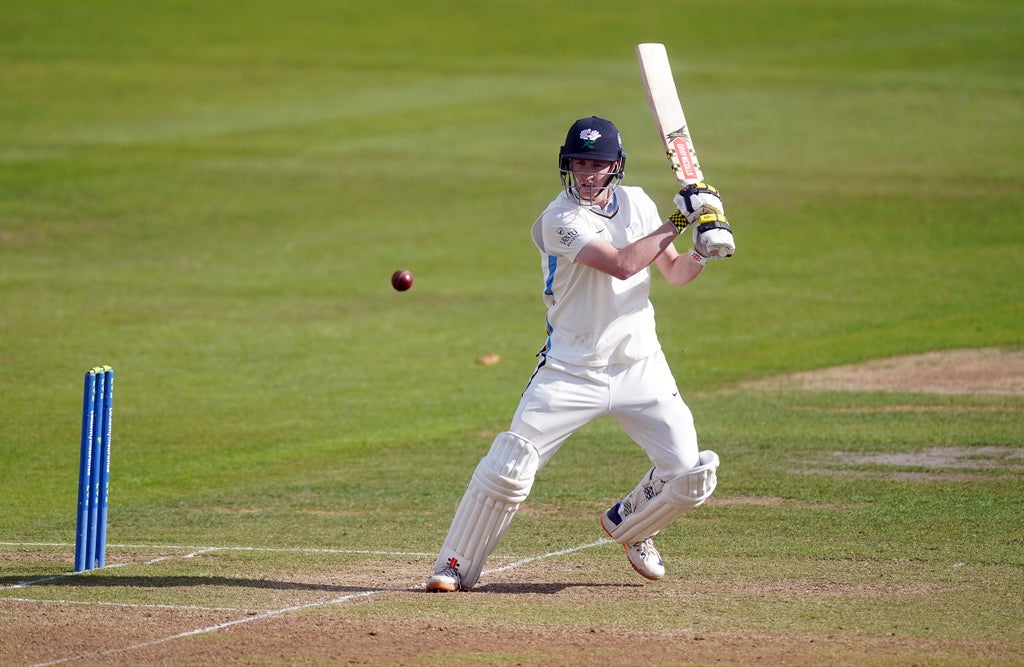 Yorkshire’s rising star Harry Brook is out to prove his England credentials this week’s Roses match, pitting himself against an attack led by a man he calls “the best Test seamer to ever live”.

The Yorkshire batter has been in imperious form at the start of the 2022 LV = Insurance County Championship campaign, reeling off three centuries in six innings and averaging a staggering 158.75.

His tally of 635 puts him at the top of the Division One run-scorer charts, 75 clear of Ben Compton in second place, and his purple patch comes at the perfect time with a new-look England side on the lookout for fresh blood.

And the visit of rivals Lancashire to Headingley on Thursday provides the perfect opportunity to prove his readiness.

England’s record wicket-taker James Anderson is primed to return for the match, as part of his own bid to lock down a comeback for the first Test against New Zealand at the start of June, and the Red Rose also boast international pedigree in the form of Hassan Ali, Saqib Mahmood and Matt Parkinson.

“It’s probably coming at a really good time for me to be scoring runs. There are probably going to be a few changes in that England team and if I’m picked then that’s great, ”said Brook.

“Lancashire basically have a Test attack, so anybody who scores runs against these boys is obviously a very good player. They’ve got probably the best Test seamer to ever live and another couple of internationals in there as well, so it’s going to be a challenge this week.

“But I feel good batting at the minute. After getting a bit more experience over the winter I think I’ve matured, I know my game a bit better now and I know how to try and score runs in first-class cricket.

“If I get picked (by England), I get picked; if not, i’ll just keep playing for yorkshire and trying to score runs for them. I’m not chasing anything too dramatically. ”

Brook, 23, had previously made his name on the white-ball circuit, excelling for the Northern Supercharges in The Hundred and earning overseas deals in the Pakistan Super League and Big Bash.

He made a T20 debut for England in the West Indies in January too, but his experiences in the sprint formats don’t appear to have held back his ambitions or aptitude for the longer form.

“For me, I think Test cricket is still the pinnacle,” he said.

“I think that’s the best form of the game. But the Hundred was probably the best competition I’ve played in franchise-wise. The crowds were phenomenal, there was a bit of pressure around it, there were the best players in the country playing against each other and some of the best overseas in the world, so it was outstanding.

“But at the end of the day it’s still cricket, isn’t it? You’re still hitting a ball coming towards you – red ball or white ball – so I don’t think it should affect you too much.

“Playing in different competitions, getting to know my game and playing against some of the best players in the world has helped quite a lot.

“I just think the more cricket you play, the better you’re going to get, so it’s been good for me to go away, play cricket and hopefully come back a better player.