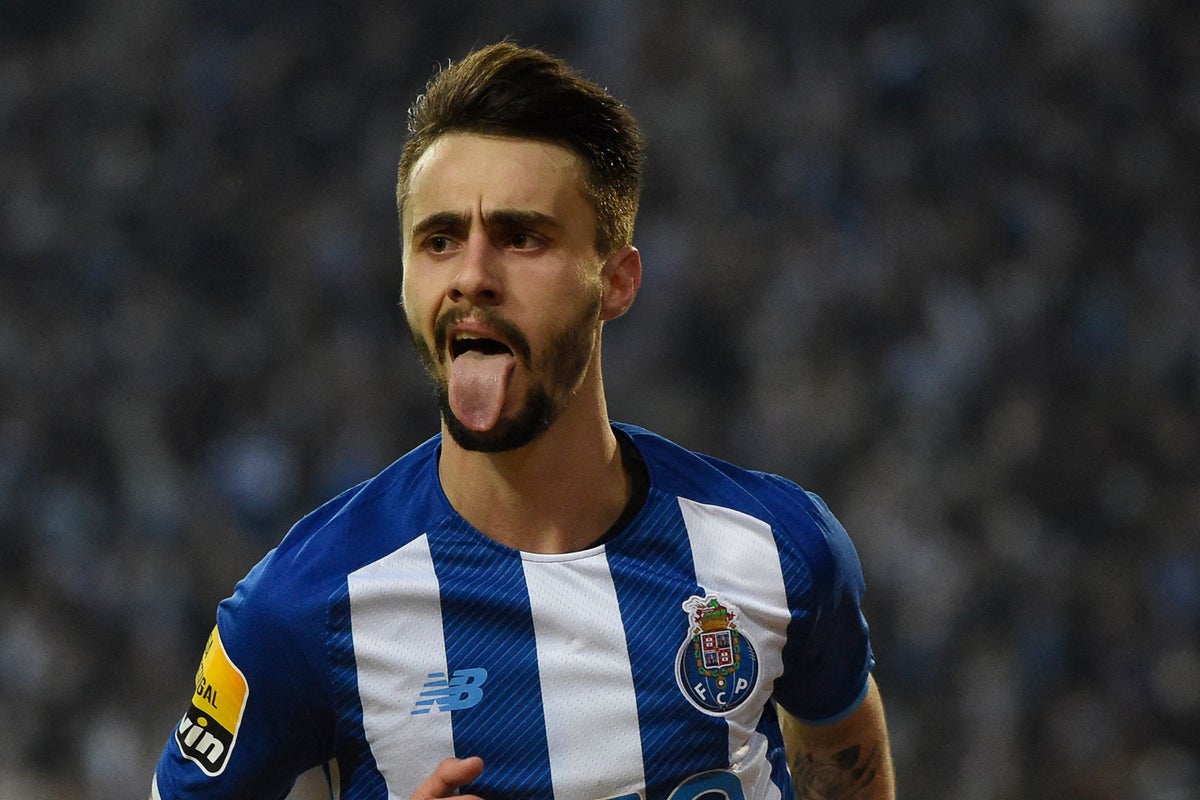 Fabio Vieira has been sold to the Gunners.

A statement from the Portuguese club confirmed the deal, worth an inital € 35million plus € 5m in add-ons should certain clauses be met in the future.

The move is one that came out of the blue, with rumors on Arsenal’s transfer business focused on the likes of Gabriel Jesus and Youri Tielemans, rather than Vieira.

The versatile 22-year-old arrives off the back of a season in which they notched up 14 assists in the league for Porto, more than any other player managed in the top-flight despite making on 15 starts, as well as scoring six times . Vieira won player of the tournament at the European Under-21 Championship last year too.

He can play either as a number eight or a number ten, while he has also featured as a right winger so there are plenty of options for Mikel Arteta.

Arsenal’s boss appears to be assembling a team increasingly in the profile of Manchester City, with Vieira drawing comparisons to Bernardo Silva in the way he plays.

The Gunners will likely line up in a 4-3-3 formation again for the majority of their matches next season, with Thomas Partey, should they remain fit, expected to start at the base of the midfield.

That leaves two number eight spots alongside him. For games where Arsenal are faced with a low block and have so often struggled to break teams down, Arteta may well opt to start both Vieira and Martin Odegaard alongside Partey in what would be a side full of creativity.

With Bukayo Saka and Gabriel Martinelli out wide and either Eddie Nketiah or a new striker through the middle, Arteta will have a team that should not struggle to create, and take, chances.

That of course is a very attacking team and one that potentially looks too vulnerable for the bigger matches and tough away games. For those fixtures, Vieira will likely compete with Odegaard for just one place in the side, on the right of a midfield three. With Arteta giving Odegaard the captain’s armband, it appears Vieira has a tough job to replace the Norwegian in the starting XI.

Vieira will also provide crucial cover on the right wing for Bukayo Saka, as Arsenal look to try and move Nicolas Pepe on this summer. With the addition of Europa League football to the fixture list, there is a real need to ensure the Gunners are not too reliant on Saka and Vieira is more than able to slot into that position.

Where Arsenal’s new man fits into the side could be further complicated by the arrival of Tielemans, but overall Vieira will add some much-needed creativity to the midfield while providing depth to a Gunners squad that became worryingly thin by the end of the season.