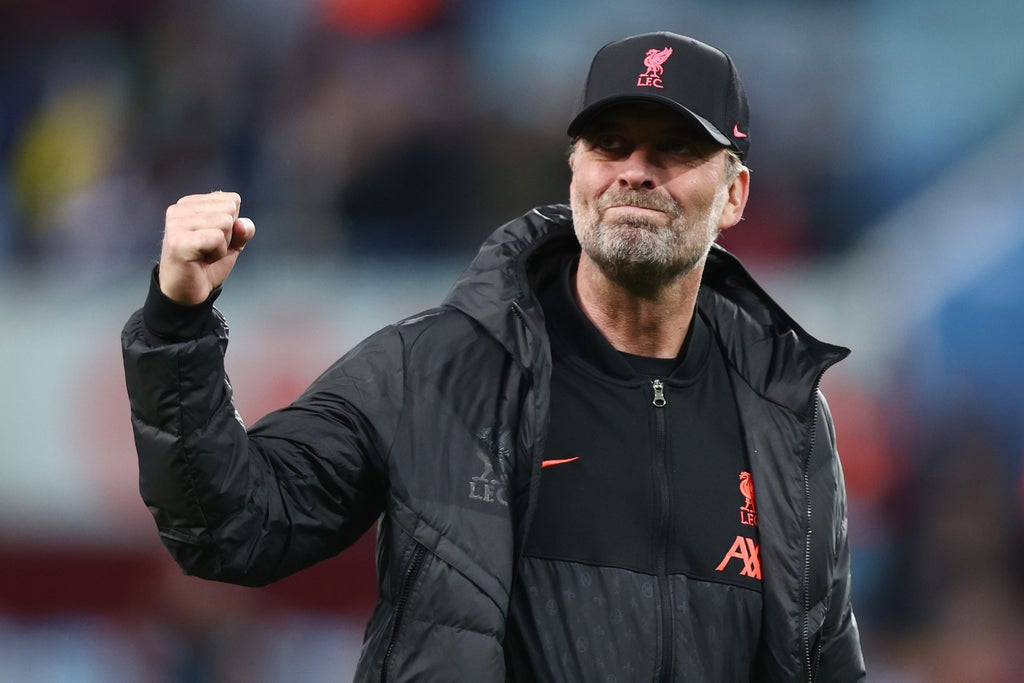 The German saw his side come from behind to beat Aston Villa on Tuesday night with Joel Matip and Sadio Mane scoring after Douglas Luiz’s early opener.

It proved a difficult game for the title hopefuls, who were guilty of making a number of careless mistakes throughout, although their ability to come back from losing positions speaks of a side capable of grinding out results.

No team in the Premier League have reclaimed more points from losing position than Liverpool’s 14, underlining their moniker of “mentality monsters”.

The trip to Villa Park was their 59th game of the season and, while fatigue is to be expected, Klopp stressed just how impressive his side’s comeback against a solid Villa outfit was, especially with Fabinho limping off after just half an hour.

“They are a high-quality side. All the things they did put under pressure.

“We have our situation and if you want to win an away game you have to open up spaces. They did really well and we needed time to get in the game and before we got in the game it was 1-1.

“I could not be more proud. It was a massive performance in the middle of May.”

“We can’t do more. A lot of people thought tonight would be a struggle for us and how the boys sorted that is absolutely fantastic. Saturday will be tough but we will be ready.”