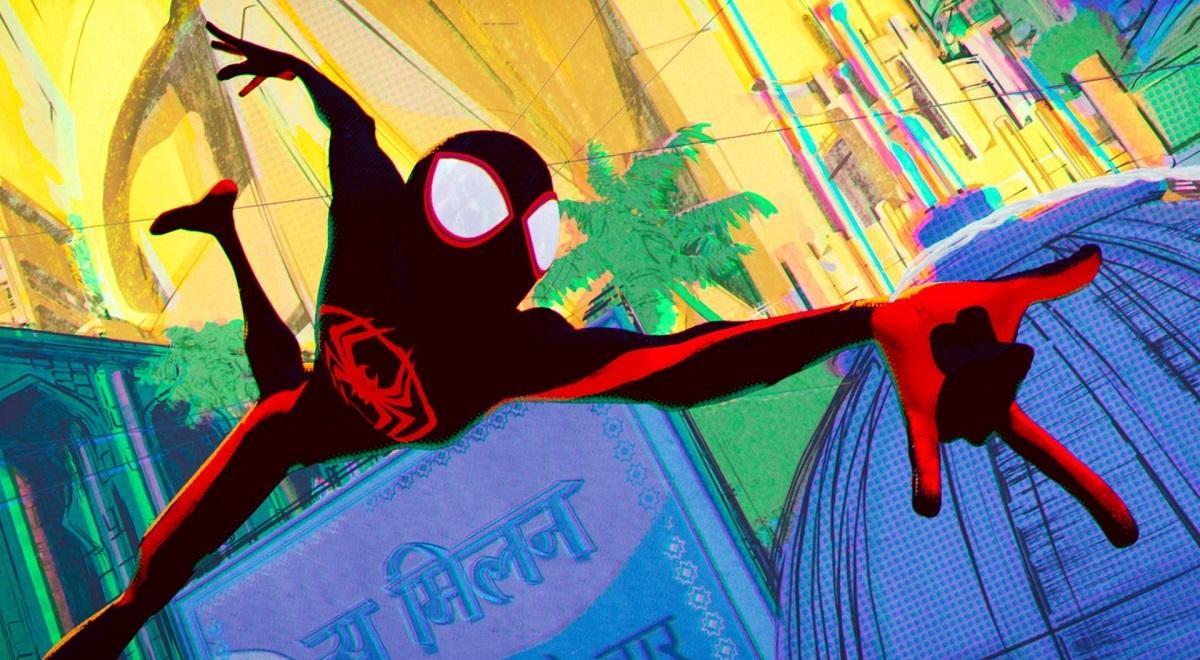 ANNECY, France – With more than 240 characters across six dimensions, the makers of “Spider-Man: Across the Spider-Verse” are pushing animation and storytelling to their limits with the follow-up to their Oscar-winning hit.

Early, unfinished images of the sequel — one of the most anticipated of 2023 — received a standing ovation at the Annecy International Animation Film Festival in France on Tuesday.

It once again centers on New York teenager Miles Morales, who is just one of several different forms of spider superhero spread across parallel dimensions.

Like the first installation, 2019’s “Spider-Man: Into the Spider-Verse,” it is set to be a demonstration of technical wizardry, with different visual styles used for each of the universes’ superhero visits.

Among the scenes unveiled on Tuesday was a wildly impressive fight with a vulture in New York’s Guggenheim Museum, with a heavily pregnant spider-woman crashing into the scene on a motorcycle.

Morales “has always been the core of it. But we didn’t want to rest on our laurels and take the easy path,” Kemp Powers, one of the film’s three directors, told AFP.

The team feels the weight of expectation this time around.

The first film was a sleeper hit, gradually building up steam thanks to strong reviews and audience reactions — ultimately winning the best animation Oscar.

“It’s very ambitious — the idea was to push ourselves creatively and test the limits of what technology can do,” said co-director Joachim dos Santos, while promising that the plot would still be comprehensible to everyone from “babies to grandparents.”

Meet The Spot, Miles Morales’s most formidable foe yet, as debuted at #AnnecyFestival. He is voiced by Jason Schwartzman. ???? See him in action in Spider-Man: Across the #SpiderVersein theaters June 2, 2023. pic.twitter.com/9V1fzvlR6A

The team is having particular fun creating new villain The Spot, to be voiced by Jason Schwartzman, whose body is a series of holes that look like a shape-shifting, unfinished drawing.

“Animation is a wonderful medium because there’s things you can only do with animation,” co-director Justin Thompson told AFP.

“You couldn’t imagine any live action medium being able to replicate what we’re doing right now with The Spot in terms of his appearance, his movement, his interaction with multiple people at the same time … it would look so cheesy in live action, but it actually looks fluid in animation. “

While the directors enjoy escaping the limits of reality — “none of the film is bound by physics or gravity,” said Powers — there are some unavoidable constraints.

“We take five or six years per film. We have large crews but no one can imagine how much time it takes to make only a few seconds,” he said.

“While our imagination has no limits — time is a limit.”

The film is due for worldwide release in June 2023 and a third installation is planned for the following year.

The creators are determined that both get a full theatrical release, especially after Powers had to see his previous film, Pixar’s “Soul,” go straight to streaming because of the pandemic.