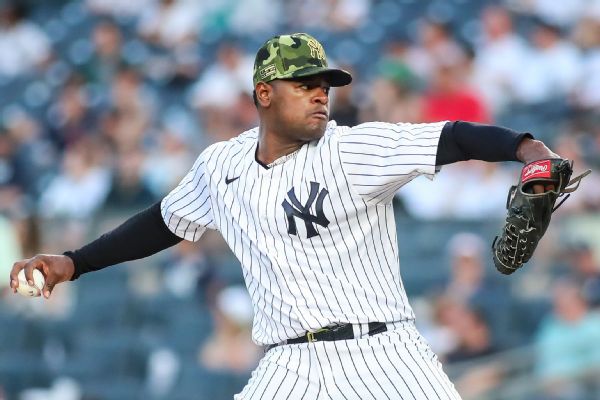 NEW YORK – Pitcher Luis Severino was cleared to rejoin the New York Yankees on Thursday night, hours after being scratched from his start and put on the COVID-19 injured list.

After a 2-1 win over Tampa Bay, Yankees manager Aaron Boone said Severino would travel with the club to Toronto for a weekend series against the Blue Jays.

Severino had been set to start Thursday night at Yankee Stadium against the Rays.

“He’s just on the list now,” Boone said when the initial roster move was announced. “Last night he got sick, had a fever and chills and all that. Doing a lot better today but we’ll know [later]. I think his original rapid stuff was negative but we’ll have a better idea probably sometime tonight. “

New York selected the contract of right-hander Ryan Weber from Triple-A Scranton / Wilkes-Barre. Weber is 4-12 with a 5.28 ERA in seven major league seasons with Boston, Seattle, Atlanta, Tampa Bay and Milwaukee, and is 2-2 with a 2.95 ERA this year in four starts and four relief appearances in Triple-A.