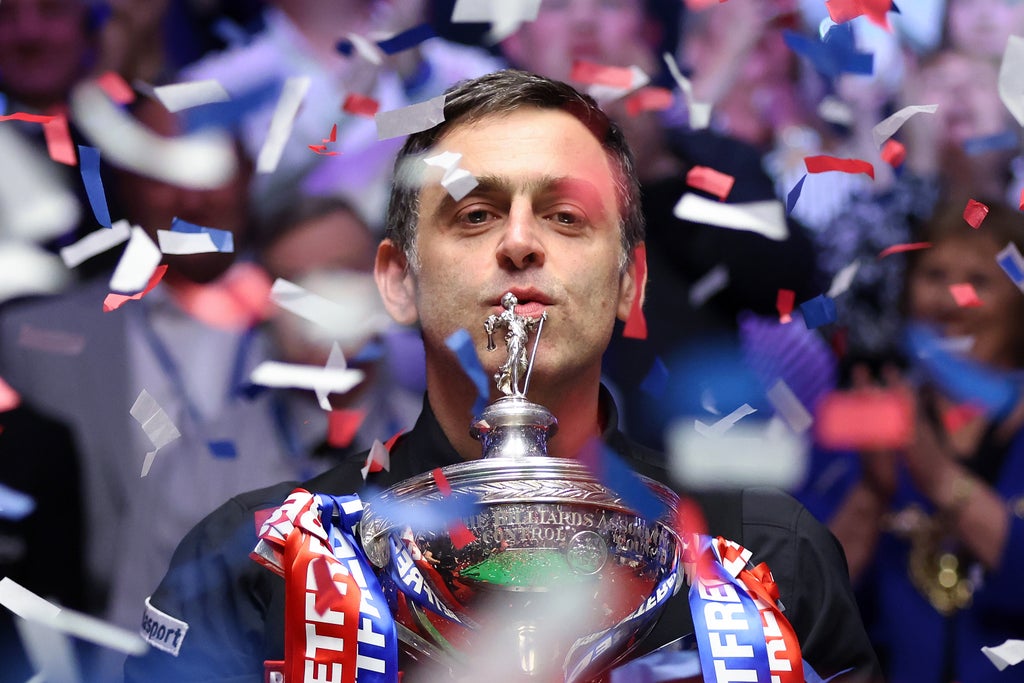 O’Sullivan brought himself level with fellow seven-time World Championship winner Stephen Hendry in the record books with an 18-13 victory over Judd Trump on Monday.

And both men tipped the 46-year-old to add at least one more world title before the end of his career.

Trump, who recovered superbly from a 12-5 deficit to take the scoreline to 14-11 going into the final evening session, said: “I think he’ll get eight. He keeps getting better. ”

In victory, O’Sullivan eclipsed his former coach Ray Reardon as the oldest winner of the event, Reardon having been 45 at the time of his 1978 title.

But the new champion insisted he had little interest in his place in the record books. “I have never bothered about records,” he said. “I have just tried to enjoy the game and compete. And then you let the snooker gods decide. They were on my side these 17 days. It was probably the greatest result I have had. ”

O’Sullivan continues to insist Hendry is the greatest player of all time and not him but Hendry, who last week was given a two-year tour card, said: “Ronnie has taken snooker to new heights. I’m surprised it’s taken so long to win seven. He’s a winning machine. He says he’s not bothered about records but he will want eight. ”

Title No7 was not without controversy. Referee Olivier Marteel had to reprimand O’Sullivan following a lewd gesture earlier in the match, which seemed to act as a catalyst for him to race into a 12-5 lead which Trump, despite his best efforts, could not quite close.