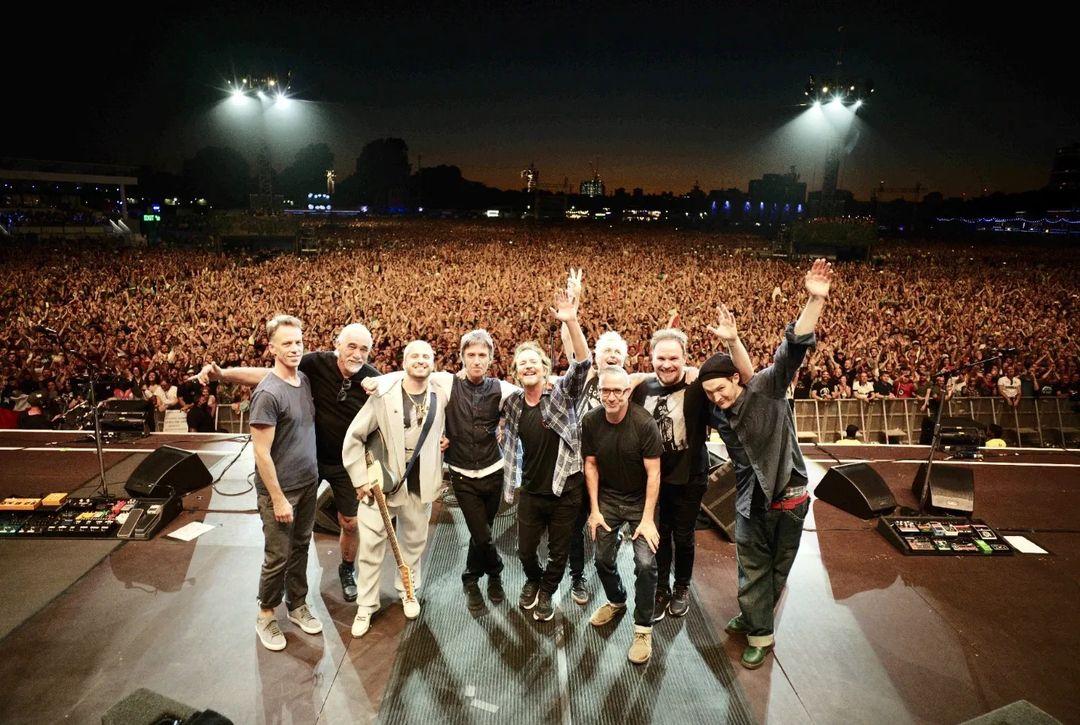 LONDON — US rock band Pearl Jam canceled a concert in Vienna on Wednesday after singer Eddie Vedder’s vocal chords were damaged at an outdoor venue near Paris by the heat, dust and smoke from fires.

“To all those who were anticipating a great Pearl Jam show tonight in Vienna, we were too. However, due to the extreme circumstances at the last outdoor site outside of Paris (heat, dust, and smoke from the fires) our singer Ed Vedder’s throat was left damaged,” the group said in a statement posted on Instagram on Wednesday.

“He has seen doctors and had treatment but as of yet, his vocal cords have not recovered. This is brutal news and horrible timing…for everyone involved.”

Pearl Jam performed at the Lollapalooza Paris music festival at the weekend amid a heat wave with spikes well above 40 degrees Celsius (104°F) in southern Europe.

Firefighters in southwestern France have been battling since July 12 to contain massive forest wildfires while Britain recorded its highest ever temperature on Tuesday.

“Those who work so hard to put on the shows as well as those who give their precious time and energies to attend…, as a band, we are deeply sorry and have tried to find options to still play,” Pearl Jam said .

The band said tickets would be refunded.

Wednesday’s Vienna concert was part of Pearl Jam’s European tour, with the next stop scheduled in Prague on Friday. — Reuters