Accompanied by Mikko Pablo, a cellist based in Antwerp, Belgium, the duo performed other popular classical compositions such as “Usahay” by Gregorio Responso Labja and “Ano Kaya ang Kapalaran” by Francisco Santiago.

The piano recital was attended by members of the diplomatic corps from the Dutch and Filipino community including incoming Dutch ambassador to the Philippines Marielle Geraedts and outgoing ambassador Saskia Lang.

Philippine Ambassador in the Netherlands J Eduardo Malaya opened the event by playing the national anthems of both countries “Lupang Hinirang” and “Wilhelmus” on piano to commemorate the longstanding partnership of both countries. 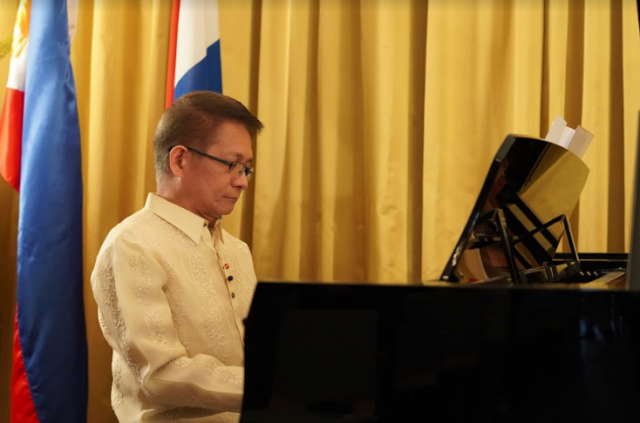 “We want to put Filipino music in front and center in this piano recital as we share our own music to members of the international community,” Malaya says.

The piano-cello recital coincides with the celebration of the Independence month of the Philippines in June. The duo hopes to breathe life to classical musical pieces from the Philippines and introduce them to the international community.

To promote Filipino’s classic music and talent, Asuncion founded the Chicago-based FilAm Music Foundation which supports young artists in their classical music journey by awarding scholarships, trainings and opportunities for performances and collaboration with other artists. 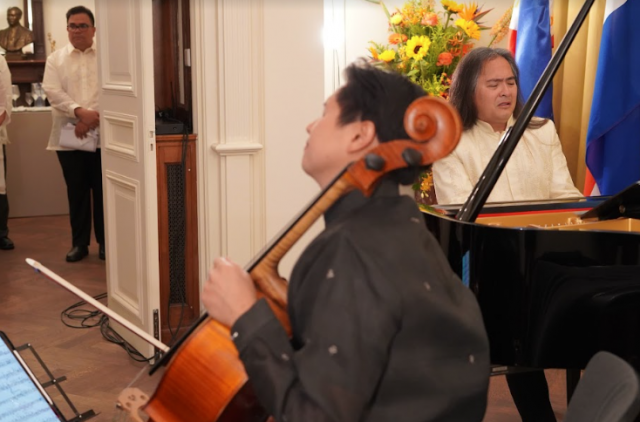 “I believe there’s a coming renaissance for Filipino music and classical music as we discover our own musicality not just in performing Western classical music but also Filipino traditional music,” Pablo says.

A musical culture of romance

But how does Filipino classical music stand out from the rest of the world?

Asuncion explained the essence of Filipino classical music roots back to our longstanding history and musical culture.

“We are an extremely romantic people. This shows also in our classical music and how Filipino artists interpret them. We are very emotional and we are very open with our feelings, and this also translates to our music culture, ”he explains.

During the piano recital, Asuncion had the chance to play his own rendition of a Western classical piece “Six variations on Mein junges leben hat ein end” (My young life has an end) by Dutch composer and organ player JP Sweelinck.

Reading and studying this piece, Asuncion observed the music is quite straightforward and direct.

“When I looked at the piece, I imagine a‘ church organ ’. The music is not as emotionally charged as Filipino music. It’s inevitable that I put my own stamp on it as we in the Philippines are naturally romantic. I fluctuate the tempo a bit to give it my own tinge, ”Asuncion says. 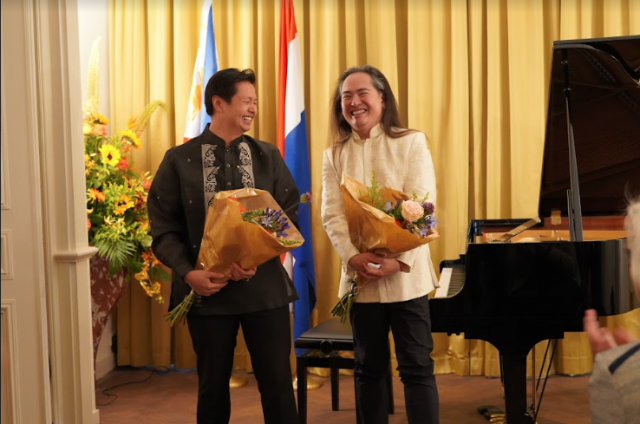 Geraedts, who sat in the front row, listening to the Dutch and Filipino musical pieces, said she enjoyed the rendition performed by both Asuncion and Pablo.

“I really felt the emotions while playing. They are both very talented and they played with so much love and passion, ”Geraedts says.

Finishing with an encore performance by the duo, Asuncion and Pablo bowed in thanks in front of the crowd who gave a standing ovation.