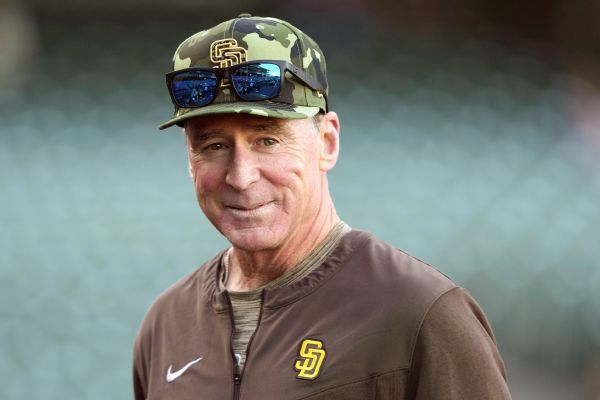 “I might be the healthiest guy that you might be around ever during this whole thing right now,” Melvin said during his media session before the series finale against the Arizona Diamondbacks, which San Diego won 10-4.

Melvin, 60, said he’s been asymptomatic for the past nine days. They went into the protocols in between games of a doubleheader on June 11. They said they had a scratchy throat and tested positive.

“It feels great to be back. That was very unsettling to sit around like that and have to watch games for that long and feeling the way I did. It’s a crazy world we live in,” he added.

The Padres went 6-5 in Melvin’s absence.

“I was just happy I was out there. It was a rough 10 days,” Melvin said after Wednesday’s game. “I’m glad we won, obviously. But just getting back in this ballpark. It’s one thing to watch it on TV and you miss the excitement and the fans and all that goes on here. So to be able to get in the dugout and kind of it all that again and get a win on top of it was great. ”

The Associated Press contributed to this report.