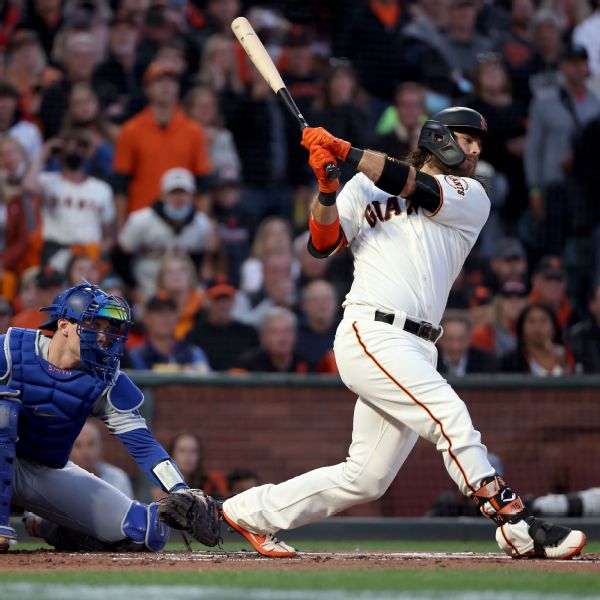 San Francisco Giants shortstop Brandon Crawford is expected to miss at least a couple of days after suffering a knee injury on a collision at home plate during his team’s 12-10 win against the Braves in Atlanta on Tuesday night.

Crawford left the game after catcher Travis d’Arnaud fell on his left leg at home as he slid in safely on a sacrifice fly in the fourth inning.

“I decided to slide late,” Crawford said after the game. “I felt that was the only way I was getting in there. I mean I think it was. I think if I slide normally, he blocks me off and I don’t get in there. I did what I thought I should do got my foot in there. Then they put his shin guards down like they’re taught to do, and it just so happened to land on my knee. “

Crawford said initial tests showed that the knee is structurally sound, but he likely will get an MRI on Wednesday to make sure.

“We just want to see how that knee is, but as of right now we feel like it’s a couple of days (out of the lineup),” Giants manager Gabe Kapler said.

Crawford is hitting .227 with five home runs and 30 RBIs this season.