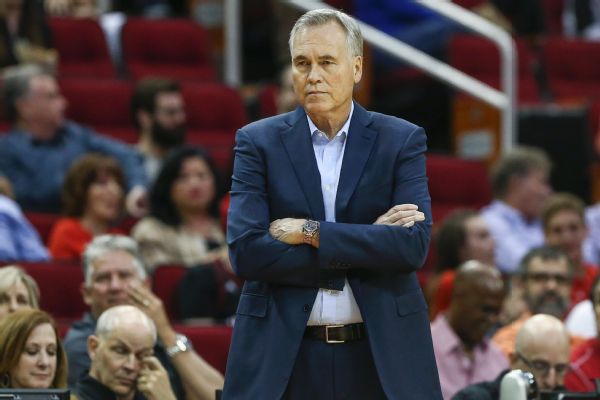 D’Antoni was considered a finalist for the Hornets post before Golden State assistant Kenny Atkinson accepted the position during the NBA Finals, only to then change his mind Saturday and remain with the Warriors.

Atkinson and the Hornets had agreed in principle to a four-year deal, but a contract was never signed, sources said.

D’Antoni, according to sources, had two meetings with Hornets management prior to the Atkinson news.

D’Antoni was 217-102 in his four seasons (2016-2020) as a Rockets coach, advancing once to the Western Conference finals and three times to the conference semifinals. D’Antoni, a two-time NBA Coach of the Year, led the Rockets to the highest winning percentage in the Western Conference over those four years (.682), trailing only the Toronto Raptors (.695) in the entire league.