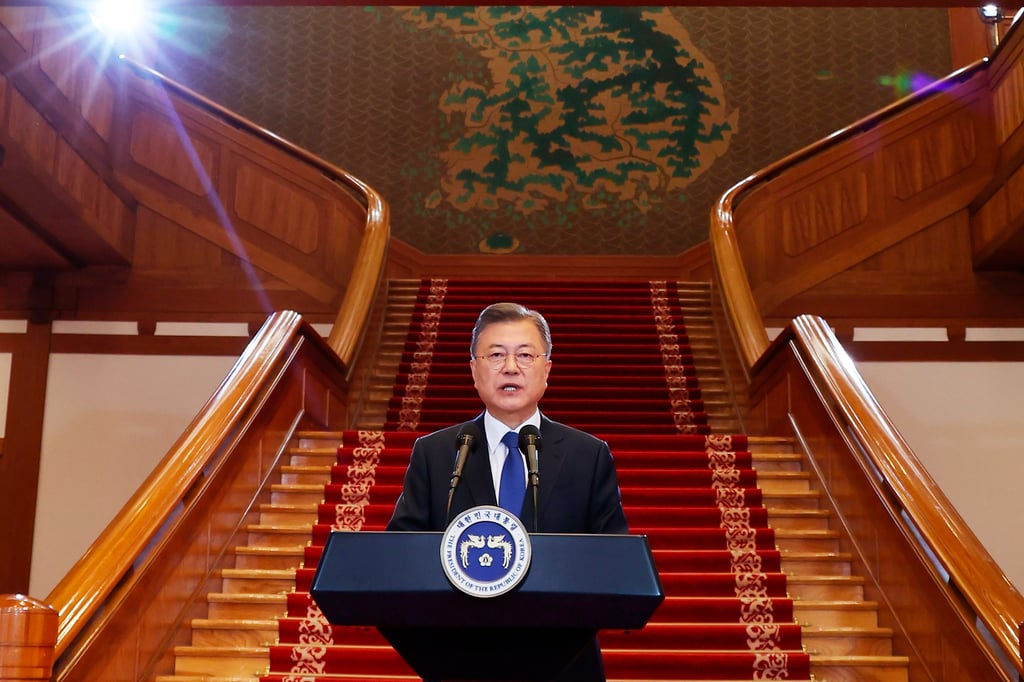 South Korea’s departing president has defended his policy of engaging North Korea, saying in his farewell speech that he hopes efforts to restore peace and denuclearization on the Korean Peninsula will continue.

Moon Jae-in leaves office on Tuesday following a single five-year term, handing over presidential power and responsibilities to conservative Yoon Suk Yeol, who has accused him of being “subservient” to North Korea and promised to take a tougher stance on the North’s nuclear program.

“Peace is the condition for our survival and prosperity. I heartily hope that efforts to resume dialogue between South and North Korea and establish denuclearization and peace would continue, ”Mr Moon said in a nationally televised speech.

When Mr Moon took office in 2017, he found little room to maneuver diplomatically because of North Korea’s torrid run of nuclear and missile tests.

But he eventually seized an opportunity to reconcile with North Korea when its leader Kim Jong Un abruptly reached out to Seoul and Washington in early 2018 for talks on the future of its advancing nuclear arsenal.

Mr Kim first sent his powerful sister to South Korea for talks with Mr Moon and to let her attend the opening ceremony of the Winter Olympics in South Korea in February 2018.

But after the North Korea-US diplomacy collapsed in 2019, Mr Moon has faced with criticism that his engagement policy only helped North Korea buy time and prefect its weapons program in the face of US-led sanctions and pressure campaign on the North.

Pyongyang eventually urged Mr Moon not to interfere in his dealings with the United States and unleashed crude strokes on him.

In his last speech, Mr Moon claimed his government helped ease the danger of war on the Korean Peninsula and bring up hopes for peace through diplomacy.

But some experts say the way North Korea described the letters, in which it highlighted Mr Moon’s vow to continue campaigning for Korean reunification even after leaving office, reflected its intent to divide public opinion in South Korea and discourage Seoul’s new government from taking a hard line toward Pyongyang.

During a massive military parade in Pyongyang three days after the letter exchange was announced, Mr Kim pledged to speed up the development of his nuclear weapons and threatened to use them proactively if provoked. In recent months, Mr Kim’s military has also been test-launching a spate of missiles targeting South Korea, Japan or the mainland US.

Some experts say Mr Kim aims to rattle Mr Yoon’s incoming government while modernizing his arsenal of weapons and pressing the Biden administration into relaxing sanctions on it.