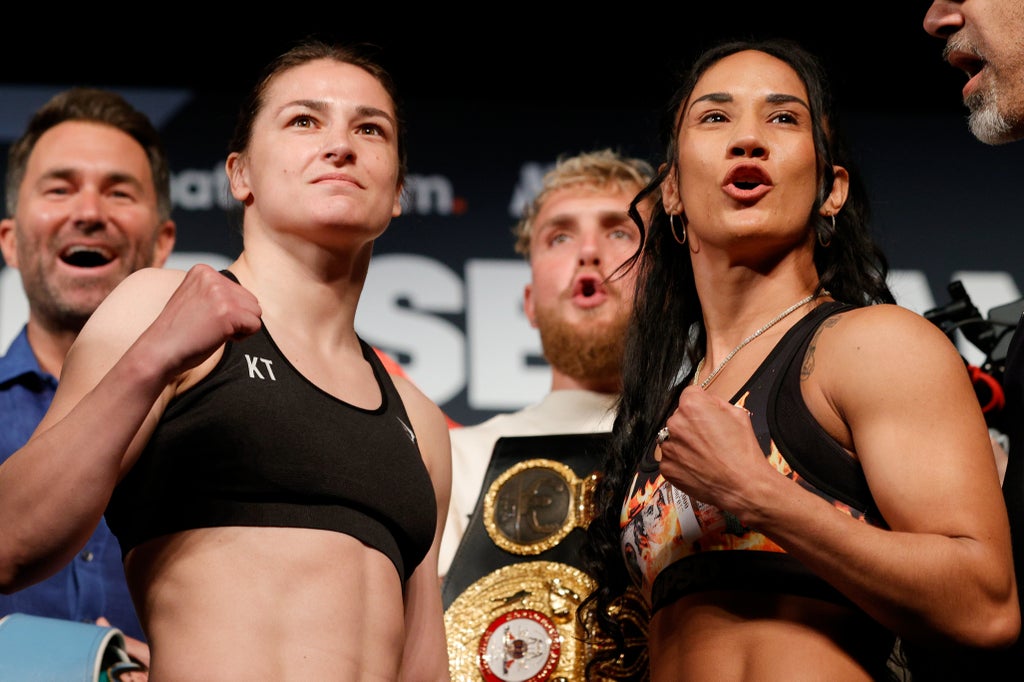 Two years after the huge bout was initially scheduled to take place, the pair headline at New York’s now famous venue in what promises to be a historic evening.

Taylor has held all the lightweight belts since 2019, when she controversially beat Delfine Person at this very venue on the undercard of Anthony Joshua vs Andy Ruiz Jr.

Ever since her incredible success as an amateur, Taylor has been leading the way in women’s boxing and now has the biggest stage of her career. She also holds a slight weight advantage after coming in at 134.6 pounds to her opponent’s 133.6 pounds.

Serrano meanwhile has also achieved remarkable things, with nine world titles across seven different weight divisions to her name. This is certainly the toughest test she has faced though as she looks to take undisputed status from Taylor.

Also on the card, Liverpool’s Liam Smith is in a big fight against Jessie Vargas, though the American has been out of action for more than two years since losing to Mikey Garcia on points.

Galal Yafai, who won the WBC International flyweight belt on his professional debut earlier this year, defends that belt against Miguel Cartagena, while there is more undisputed action as Franchon Crews-Dezurn faces Elin Cederroos for all the women’s super-middleweight belts.

Where to watch Taylor vs Serrano

TV channel: Taylor vs Serrano is being broadcast live tonight on sports video streaming service DAZN. A subscription to DAZN currently costs £ 7.99 a month in the UK.

The service can be viewed on smart TVs in addition to other devices such as computers, mobiles, gaming consoles and tablets.

The main undercard is due to begin at 12:30 am BST, with ring walks for the main event expected at 3:15 am.