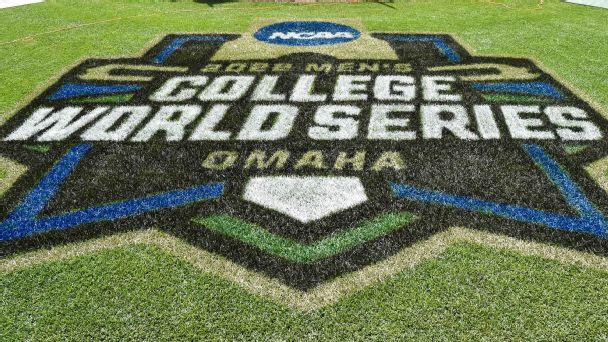 OMAHA, Neb. – It started with a field microphone and an uncharacteristically feisty baseball coach. Texas had just won its regional in Austin in 1989 and had made it to another Men’s College World Series, but legendary coach Cliff Gustafson had another team in a different regional in his head.

One hundred miles away, in College Station, No. 1 Texas A&M had just been upset by LSU. Feeling giddy about both developments, Gustafson grabbed the mic and let loose.

“Where are the Aggies now?”

The crowd at Disch-Falk Field erupted.

“If you knew Cliff Gustafson, it was so absolutely out of character,” Longtime Texas sports information director / historian Bill Little said. “I was like, ‘I can’t believe you just said that.’

“The animosity – you can call it whatever you want to call it – was building. I call it spirit, because that’s what it is.”

Texas had gotten the better of A&M for years but that spring an Aggie named Big John Byington hit a couple of walk-off homers to give them a series win over Texas, and eventually the Southwest Conference championship. And so began the modern-day Texas-Texas A&M baseball rivalry, which ran strong until 2012, when the Aggies joined the SEC.

But some say it never ended.

On Sunday, the two old rivals will meet for the first time at the Men’s College World Series (2 pm ET, ESPN / ESPN app). The loser will go home and, almost as important, will have to live with the fact that it got beaten by the other. Baseball is the only major sport in which the two teams play each other every year, though that will change in 2025 when Texas joins the SEC.

The Longhorns, for their part, downplayed the significance of the rivalry. They got it’s just another game. Pitcher Tristan Stevens added that it’s not much of a surprise that a team, or a fan base, would be fired up to beat them.

“Not a lot of teams like us anyway,” Stevens said.

But Texas coach David Pierce conceded that it will be a big game for both fan bases.

“We just can’t get caught up playing Texas A&M,” Pierce said. “We have to keep it about us and just do our prep and they’re good. They swing the bats well. They’re a good team. It wouldn’t matter if it was A&M or whomever. It’s just a game we ‘ re playing for our lives to continue, our baseball lives for this year.

“I know the guys will be ready to go. I don’t want them playing tight. I want them to go out there, relax, let it fly and see what happens.”

Will Johnson, an Aggies broadcaster for two decades, said it was one of the most intense baseball games he’s ever watched.

“Something rode is every pitch,” they said. “Guys made plays all over the place. And you could tell there was a bunch of guys elevating their game because they didn’t want to lose to the rival. It was incredible. That was two teams saying, ‘I’m not losing to those guys in the other dugout. ‘

“But now, my God, they’re trying to end each other’s seasons and it’s hard to fathom that intensity of getting ratcheted up a notch. But here you go. You’ve got it now.”

On Saturday night, 17 hours before the game, a group of college friends from the University of Texas sat at DJ’s Dugout – Texas A&M’s unofficially designated bar in Omaha – and contemplated the Texas-Texas A&M rivalry.

They concluded that it wasn’t all that big of a deal to Texas. Two men in the group graduated with engineering degrees from UT last month, and the 14-hour drive to Omaha is their last trip together before they start their careers. All four of them are members of the Texas Iron Spikes baseball spirit group, and they tailgate and root their Longhorns on from a left-field perch.

Jack Gallagher said the group of fans does a lot of social media research to find the best material for heckling opposing players, and Oklahoma got an earful when it came to Austin. But A&M? Not as big of a rival.

“I tell you, A & M’s whole identity is based on hating us,” Gallagher’s friend Joseph Martinez said. “They don’t have any personality outside of that.”

Gallagher added that A & M’s fight song is about Texas. It’s in the second verse:

“Goodbye to Texas University, So long to the orange and white”

The opening to Texas’ fight song, by the way, goes like this …

Martinez’s phone is full of texts from a friend who’s an Aggies fan. They’re talking trash to one another.

The rivals can’t even seem to agree on the historical record of the rivalry. According to ESPN Stats & Information, Texas A&M says the series started in 1904 and Texas leads 239-129-5; the longhorns say the first game was in 1903 and they lead the series 244-129-5.

Mark Johnson, who resurrected Texas A & M’s baseball program back in the 1980s, said the rivalry had its share of fights in the early days, but that deep down, it was cordial because many of the players were home-grown Texans who knew each other from high school and youth baseball.

“People think this is a football state,” he said. “This is a baseball state, too, as much as football. If not more.

“There’s good players all over the state, and they’re available. The really good ones, of course, do you want them to come to your place? A lot of times, Texas would get them, or we’d get them.”

Johnson, who was hired in 1985, had future MLB player Chuck Knoblauch, a Houston native, on one of his first rosters, along with Big John. Johnson had forgotten about that remark from Gustafson back in 1989. He’s not even sure if he ever heard it.

“It’s just the way it was,” Johnson said. “With Texas and Texas A&M, there’s going to be an edge.”