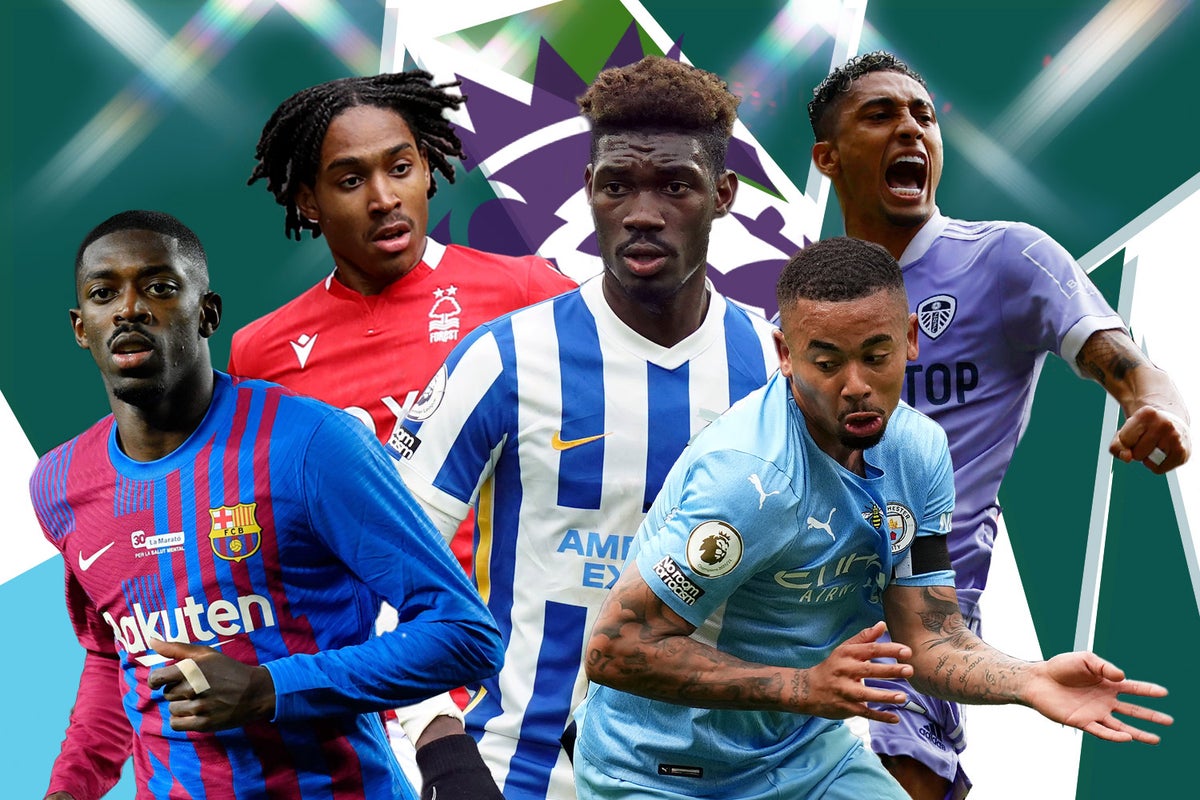 Arsenal, Tottenham and Chelsea continue to be linked with some serious spending to kick off the summer transfer window. The cash is set to be splashed on the likes of Yves Bissouma and Djed Spence, while Vitinha and Ousmane Dembele links also doing the rounds.

The Gunners are keen to improve their frontline with interest in Gabriel Jesus, Marco Asensio and Raphinha reportedly high. Over the other side of north London, Spurs are wasting no time in bolstering Antonio Conte’s squad and Spence is tipped to join while there is reported interest in Christian Eriksen, Richarlison and Allan Saint-Maximin.

Chelsea’s transfer activity is finally getting underway too with Barcelona’s free agent Dembele, but could miss out on Jules Kounde. Heading out of Stamford Bridge could be Romelu Lukaku. There is also plenty going on at West Ham, Liverpool and Manchester United – so watch this space!

Tottenham are lining up Newcastle’s Allan Saint-Maximin as an alternative to Everton’s Richarlison.

That’s according to the Mirror, who claims transfer guru Fabio Paratici is a big fan of Saint-Maximin but is aware both players will cost north of £ 50m.

Chelsea have drawn up a list of strikers to replace Romelu Lukaku, reports the Telegraph.

With Inter Milan keen on bringing Lukaku back to the club, the Blues are weighing up moves for Raheem Sterling, Ousmane Dembele or Christopher Nkunku.

Gabriel Jesus has already been offered their way.

The Portuguese midfielder has a £ 35million release clause in his contract amid interest from the Gunners, Manchester United and Barcelona.

It was reported this week by Record that the Gunners are the only club willing to meet that demand before Da Costa admitted an offer had landed from an unnamed club below the asking price.

“There was a concrete offer, of considerable value, for Vitinha that we did not accept,” he told reporters on Wednesday.

Nayef Aguerd is set to undergo a medical at West Ham as David Moyes closes in on his first signing of the summer, writes Malik Ouzia.

The Rennes defender had been away on international duty with Morocco over the past fortnight but has now traveled to London and could even be formally unveiled as a West Ham player by the end of the week.

It is understood the Hammers will pay an initial fee of more than £ 20million, which could rise significantly if add-on clauses are met.

United ready to give up on De Jong

Manchester United are ready to walk away from a deal for Frenkie de Jong, reports Manchester Evening News.

Barcelona continue to play hardball over a price and United are willing to look elsewhere there remains little progress over an agreement.

Marco Asensio is ready to snub interest from Arsenal, according to Marca.

The midfielder is in a dispute over his contract at Real Madrid and has just a year left heading into the summer.

He would prefer to extend for the right money, but if he doesn’t then a move to Arsenal is not on the agenda.

Robert Lewandowski is the perfect replacement for Romelu Lukaku.

That is according to Shaun Wright-Phillips, who told Genting Casino of the Bayern striker: “No matter what team he plays in, he always scores goals.

“Chelsea would just have to make sure they play to his strengths.”

Spurs are unlikely to make a move to sign the Welshman for a third time, but director of football Fabio Paratici is keeping tabs on the situation.

Newcastle and Aston Villa are among the Premier League clubs linked with a free transfer.

Chelsea to miss out on Kounde

Kounde is Thomas Tuchel’s no1 defensive target for Spanish paper Sport claim the Seville man is in “very advanced” talks to move to Camp Nou.

The fee could be of £ 50million plus Sergino Dest has been suggested.

Tottenham have made their first move for Christian Eriksen, reports the Mail.

Manchester United have already made the Dane a contract offer, while Brentford are desperate to keep the player they brought back to the Premier League.

Tottenham have now firmed up their interest, and now Everton have also thrown their hat into the ring.