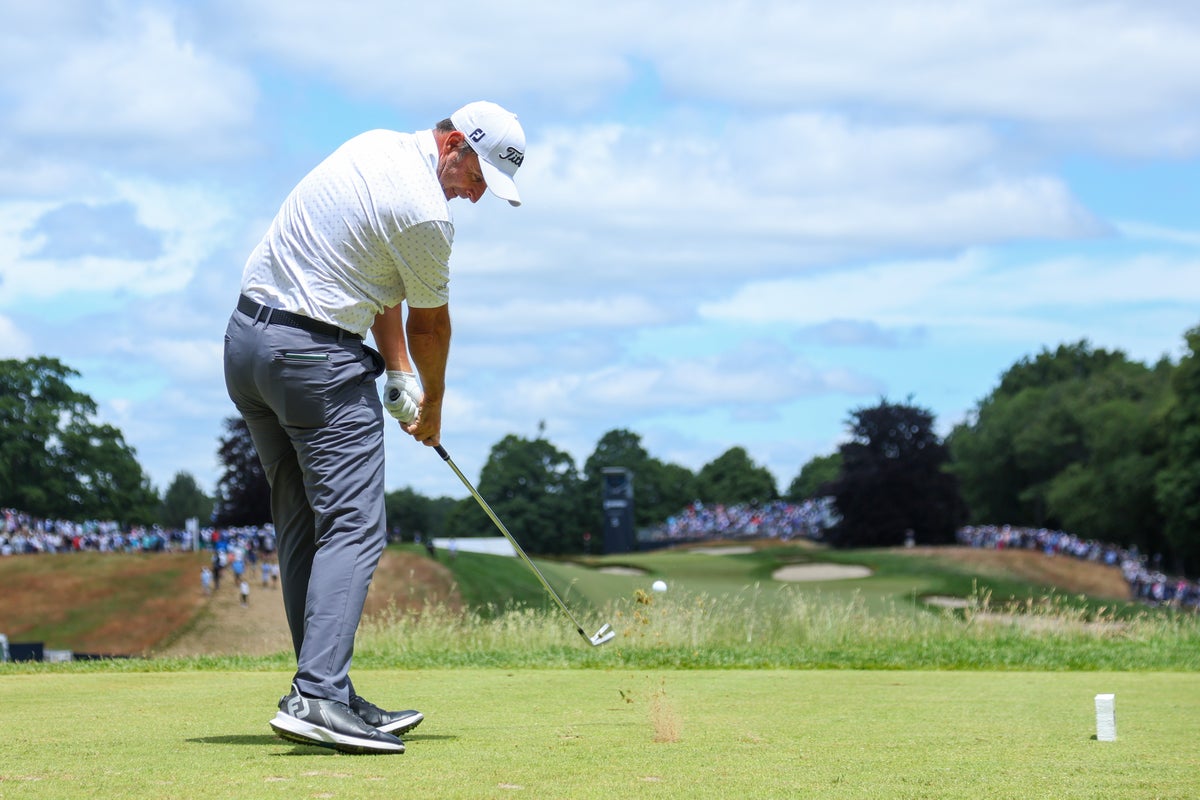 Follow all the latest latest updates and leaderboard moves from the third round of the US Open at Brookline, Massachusetts, after a host of big names got themselves in contention ahead of the weekend.

The Open champion Collin Morikawa led the way on Saturday morning alongside fellow American Joel Dahmen on five-under-par, but there were plenty of rivals in a tightly congested chasing pack, including world No3 Rory McIlroy and No2 Jon Rahm one shot back on – 4. The world No1 Scottie Scheffler began two shots off the lead, while other notable chasers include the in-form Sam Burns (-2), Olympic champion Xander Schauffele (-1), and England’s Matt Fitzpatrick (-2), who won the US Open junior title at this venue.

Brookline has proved a challenging course so far and McIlroy illustrated exactly that on the third hole on Friday when he sent his approach into thick fescue grass, which he took three swipes to escape from before pulling off a brilliant 20-foot putt to limit the damage to a double bogey in an otherwise solid round. “I think I have to go out with the mindset this week that I’m going to try to win my first (major) again,” McIlroy said afterwards. “I’m playing as good a golf as I’ve played in a long time.”

Follow all the action from the third round of the US Open below.

Rory McIlroy was in buoyant fashion as he headed into the third round of the US Open in contention for a fifth major title and first since 2014.

McIlroy recovered from a double bogey on the third hole in round two to card a 69 for a halfway total of four under par, one shot off the lead shared by Open champion Collin Morikawa and Joel Dahmen.

“I think I have to go out with the mindset this week that I’m going to try to win my first (major) again,” McIlroy said.

“I’m playing as good a golf as I’ve played in a long time. I have a lot of experience. I’m in a good place. I’m really happy with where my game is at, and I think that’s the most important thing. ”

The leaders are out soon. A reminder of how they got on yesterday:

The cream rose to the top on day two of the US Open as a quartet of major champions defied predictions of Brookline turning “nasty”.

Open champion Collin Morikawa led the way on five under par after a superb second round of 66 and was later joined at that mark by Joel Dahmen, with reigning US Open champion Jon Rahm and four-time major winner Rory McIlroy a shot behind.

McIlroy had been in danger of falling out of contention when he covered the front nine in 36, the world number three needing three attempts to hack on to the green from thick rough on the third, before holing from 23 feet to salvage a double bogey.

But after dropping a shot on the 10th, McIlroy picked up shots on the 12th, 14th and 17th to remain firmly in the hunt for his fifth major title and first since the 2014 US PGA.

Oh dear. Dustin Johnson (-1) has just whiffed at a ball sitting deep in the rough attempting a short chip. He gets it away at the second attempt but that’s what this course can do, even to the best players.

Here are the remaining groups to tee off (all times BST). All these players are within five shots of the lead:

There are more than 30 players out on the course, with another 30-ish to come, and only three of those out there are under for their round today (and all three by only one shot). That indicates just how tough Brookline is playing today. If any of the leaders can shoot level par, there’s a good chance they’ll be in the mix come Sunday.

Thomas’s (+1) iron approach to the first is a little short at the front of the green, and his putt to the back-located hole leaves him a tricky five footer for par. He rolls it into dead weight, and that should help him settle into the round.

Justin Thomas (+1) is away, choosing to play a three wood short of the bunkers on the first fairway, and it’s a nice straight hit to settle him into the round. Less conservative is his choice of trouser color: not quite maroon, nor pink, but somewhere in the middle. Plum? They’re bold, anyway. Visual evidence when we get it.

Some of the best images from a beautiful day in Massachusetts which is just starting to heat up.

We are in the group of players on +1 overnight, six shots back, which incudes major winners Justin Thomas, Justin Rose, Patrick Reed and Dustin Johnson. In any normal tournament that would seem like a gap worthy of challenging the lead on a moving day, but this US Open is so tight, the conditions are so tough today at Brookline, and there is a huge pack of more than 30 players ahead of them .

Even so, you would expect one of these four to have a real crack at climbing the leaderboard today, and they will hope the wind only gets stiffer for the leaders later.