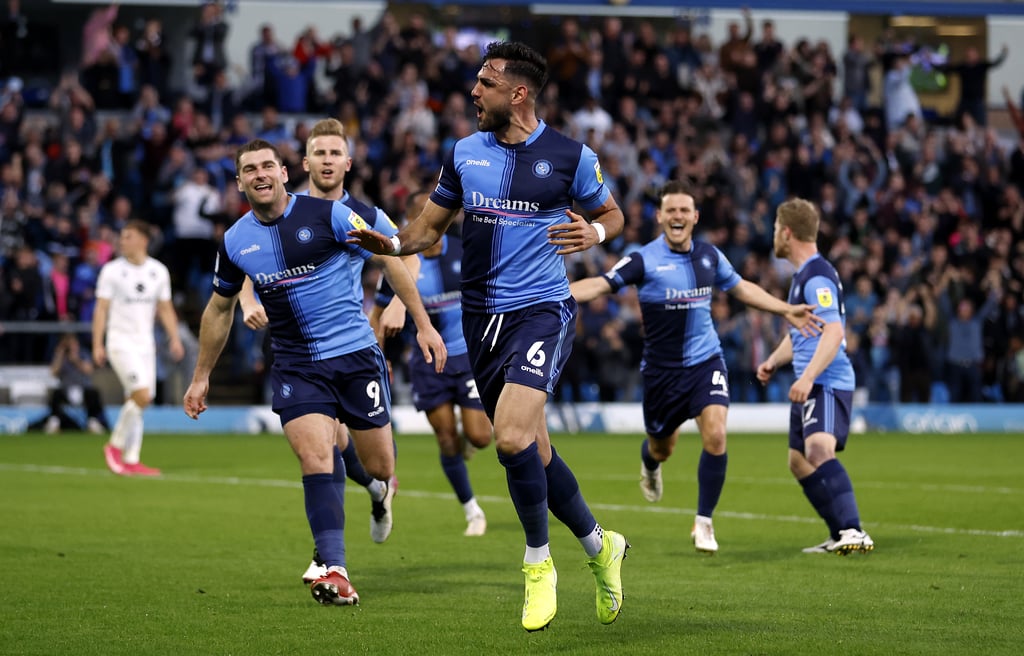 Goals by Ryan Tafazolli and Sam Vokes gave Wycombe a 2-0 victory over 10-man MK Dons in the first leg of their League One play-off semi-final at a bouncing Adams Park.

The Chairboys kept alive their dream of returning to the Championship at the first time of asking as they took a big stride towards a second trip to Wembley in three seasons.

After narrowly missing out on automatic promotion last week, the Dons’ night was made even worse when midfielder Josh McEachran was sent off midway through the second half.

Both teams went into this game unchanged from their final fixtures of the regular season and it was Wycombe who had the first opening.

Troy Parrott then bent a decent effort wide after being played into space by Scott Twine as the away side began to take control of possession.

The deadlock was then broken by the hosts in the 38th minute when Joe Jacobson’s terrific in-swinging corner was headed in by Tafazolli from close range.

A foul on Kaine Kesler Hayden gave MK Dons 20-goal man Twine a chance to add to his growing collection of free-kicks just after the hour mark, but his effort from 30 yards dipped just over the bar, much to the home fans’ relief.

The visitors’ hopes of hitting back suffered a big blow after 69 minutes when McEachran was shown a second yellow card, following a late challenge on Josh Scowen.

Wycombe came within a whisker of making the most of their man advantage when Jason McCarthy’s drive from the edge of the area came back off the underside of the bar.

What could be a huge moment in the tie then arrived with eight minutes remaining when Vokes rose to head McCleary’s cross in the post to give the Chairboys a two-goal lead to take back across Buckinghamshire for Sunday’s second leg.